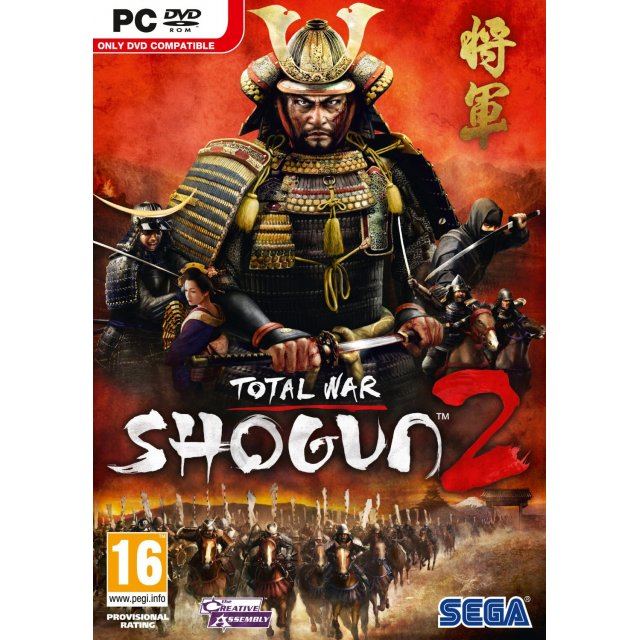 
Click on a thumbnail to see more pictures for Shogun 2: Total War (Steam)

In 2000, the Creative Assembly re-invented the strategy genre with Shogun: Total War, an unprecedented blend of 3D real-time battles and turn-based management game and the first offering in the multi-award winning series. With over 7 million units sold and universal acclaim from the press and community, Total War has consistently been at the cutting edge of the genre and is today one of the most successful PC franchises of all time.In 2011, the makers of Rome and Empire: Total War will release the sequel to the game that started it all. Shogun 2: Total War will take long-time veterans and newcomers alike to the next level of strategy gaming on PC. Based on 10 years of experience in making Total War, Shogun 2 is the perfection of the series with a new Artificial Intelligence (AI), revolutionary multiplayer modes, brand new campaign map options and epic 3D real-time battles.It is the middle of the 16th century in Medieval Japan. The country, once ruled by a unified government, is now split into many warring clans. The player takes on the role of one Daimyo – the clan leader – and will use military engagements, economics and diplomacy to achieve the ultimate goal: re-unite Japan under his supreme command and become the new Shogun – the undisputed ruler of Japan.Set during the golden age of Samurai warfare, Shogun 2 brings to life the most turbulent period of Japanese history.

No reviews for Shogun 2: Total War (Steam) yet.