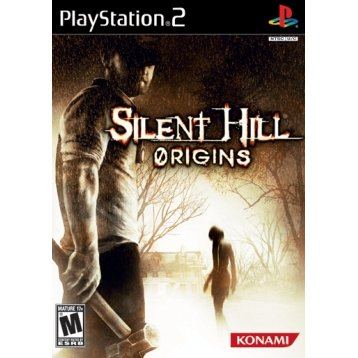 The renowned Silent Hill survival horror series continues on the PlayStation® 2 with a brand new adventure that reveals many of the series’ most hallowed secrets. Assuming the role of a lone truck driver who becomes trapped in Silent Hill, players must escape the city’s horrific inhabitants and confront the strange hallucinations that have haunted him since childhood. Featuring enhanced graphics, sound and control, Silent Hill Origins sets a new standard for this survival horror classic.

If you are familiar with Silent Hill: Origins, why not let others know?

Edgar98 (6) on 23, Oct. 2014 10:20 (HKT)
Good Game
Good game, though a bit short. If available recommend buying (as it is very rare to find a sealed version). Not play PLAYED BEFORE WITHOUT THE 1 AND YOU COULD NOT UNDERSTAND THIS GREAT GAME.
8/10 Good for fans of the saga.
Español ------------------------------
Buen juego,aunque un poco corto. Si se encuentra disponible lo recomiendo comprar(ya que es muy raro encontrar una version sellada). NO JUGARLO SIN HABER JUGADO ANTES EL 1,YA QUE NO VAS A ENTENDER ESTE GRAN JUEGO.
8/10 Bueno para los fans de la saga.
matt986 (132) on 24, Jan. 2014 06:24 (HKT)
Classic Silent Hill
Was looking for this game for a while for the right price and was happy to get from here, the game is great and is much better than Resident Evil etc
sugerypp (10) on 28, Dec. 2012 20:57 (HKT)
Bloodcurdling!
Most Scary in PS2 .You must get it if you want to know true fear
Gar0X (150) on 20, Mar. 2012 10:44 (HKT)
Perfect for completing your Silent Hill collection
Though it's inferior than its PSP port, this game still worth to have for Silent Hill collector
losttemplar (2) on 13, Oct. 2010 18:47 (HKT)
Perhaps because of the transition from the PSP to the PS2, the controls are just aweful. They're laggy (especially opening the map/menu) and use different buttons than the original Silent Hill titles. Also, I don't like the concept of weapons breaking so often. Why should a hammer break after beating a monster five times? Nevertheless, it was a good and fun game, but compared to Silent Hill 1-4 a little bit lacking in the story department (although a few things about the cult and Alessa are revealed).

PS: It's also a letdown that there isn't any ranking system anymore.