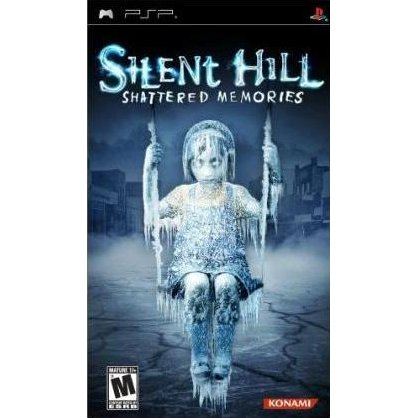 
Click on a thumbnail to see more pictures for Silent Hill: Shattered Memories

The story follows Harry Mason, who wakes up after a car accident to find that his daughter Cheryl is missing. Harry will wander the snowy streets of Silent Hill searching for answers of her disappearance, but when the world freezes over, he will need to escape the lumbering demons that haunt his steps. Harry will need to navigate both worlds to discover the truth; not just about his missing daughter, but also the type of person he actually is.

If you are familiar with Silent Hill: Shattered Memories, why not let others know?

Version: Japanese - SLPM 55231 (VW377-J1)
Manual: Japanese
Voice: English
Language: Menu and subtitles all in Japanese only
Note: DVD case using the type without memory card holder
DONNIemo (152) on 01, Apr. 2013 16:05 (HKT)
Average
Could of been so much better, the questions are cooly implemented into the game though.
Gar0X (150) on 07, Feb. 2013 20:55 (HKT)
New experience of the first Silent Hill
A complete reimaging of the first Silent Hill, with gameplay completely revamped which essentially removing combats and more into run away from monsters and solving puzzles
luan.grud (6) on 21, Dec. 2012 00:01 (HKT)
The Best PSP Horror Game Ever!!!!
Silent Hill: Shattered Memories is a remake of the first game of the franchise of the same name, which premiered in late PlayStation, Nintendo Wii exclusive. The story is much the same, but seen from a different perspective.

The player again assumes the role of Harry Mason, a citizen who comes to Silent Hill to look for Cheryl, her adopted daughter. Some familiar elements of the original version will be present, but with a visual distortion. Furthermore, the characters will now have different roles and events do not occur in the same way.

The renowned Silent Hill still plays the role of protagonist in the game. The game watches you constantly, and your behavior can determine the moment of encounter with other characters as well as the order of occurrence of scenes and various other factors. Otherwise, you will not have to return several times to the same place to solve puzzles, something common in the first few games.
Samus Aran (140) on 11, Dec. 2012 08:34 (HKT)
Great SH
If you are fans of SH, don't miss this episode.
1 »