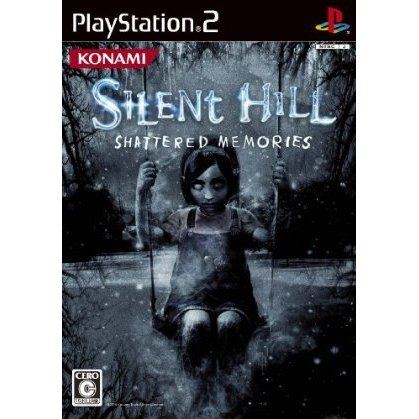 Compatible with PlayStation 2™ (PS2™)
For JPN/Asian systems only.

The story follows Harry Mason, who wakes up after a car accident to find that his daughter Cheryl is missing. Harry will wander the snowy streets of Silent Hill searching for answers of her disappearance, but when the world freezes over, he will need to escape the lumbering demons that haunt his steps.Harry will need to navigate both worlds to discover the truth; not just about his missing daughter, but also the type of person he actually is.

If you are familiar with Silent Hill: Shattered Memories, why not let others know?

Version: Japanese - SLPM 55231 (VW377-J1)
Manual: Japanese
Voice: English
Language: Menu and subtitles all in Japanese only
Note: DVD case using the type without memory card holder
andre_shimizu (43) on 19, May. 2010 09:51 (HKT)
Must-have for any Silent Hill fans!
I'm a huge fan of the Silent Hill series (my favorite series along with Metal Gear), and I was very surprised with this one! Shattered Memories has a completely different way to tell the same story of Silent Hill 1! SILENT HILL FANS, BUY THIS ONE! NOW!!
parotaku (28) on 17, Apr. 2010 18:47 (HKT)
An interesting experience...
... but not up the same level as the first 3 episodes from Konami Tokyo...
Akira Yamaoka's music is great but the 3D is so-so : disappointing even for a PS2 when you compare the character models with those in Silent Hill 3... T_T
BTW import buyers beware : the japanese version has english audio but every texts are in japanese only (no language selection available)