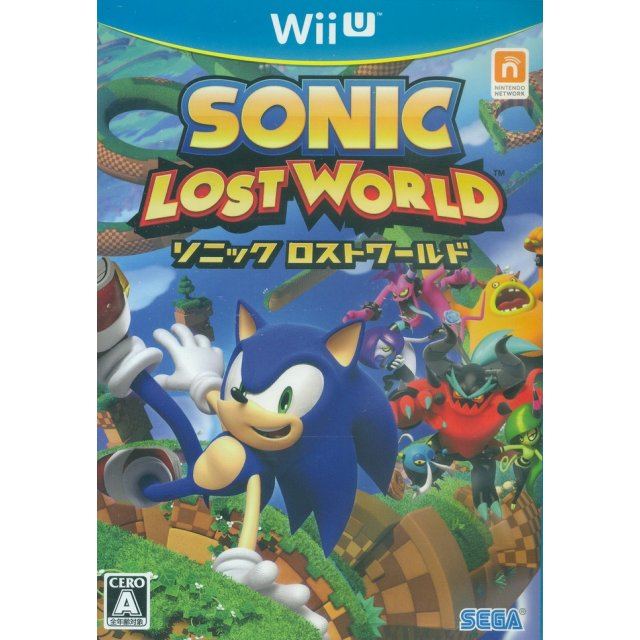 Collections
Sega
Compatible with Wii U™ (Wii U™)
For JPN/Asian systems only.

sold Out of print / Out of stock.
Manufacturer
Sega
Compatible With Wii U™ (Wii U™)
Version

The Lightning Speed and Vicious Enemy:
Powerful dark forces have arisen and only one can stop them. Join lightning fast Sonic the Hedgehog as he battles against the vicious Deadly Six, and explore the Lost Hex in this action-adventure platforming game: Sonic Lost World! Thanks to Sonic team, the likable Sonic the Hedgehog is back!

The Improved Powers:
Sonic is now in a different level as he now possess new moves; he is free to run up and along walls, has a lighting speed sky dive in every island, and the spectacular color power is now new and improved. Even more, the classic Spin Dash is back! With all this though, is it enough to stop the Deadly Six? Join Sonic as he join forces with his old foe to explore the Lost Hex and free his captured friends.

If you are familiar with Sonic Lost World, why not let others know?

[This review is based on another version of this product]
kaz2009 (14) on 03, Oct. 2016 09:46 (HKT)
Not the worst but not the best and better than Wii U.
Sonic Lost World is a good Sonic The Hedgehog video game. It's the first Sonic game to be rendered in a 3-D environment. I like the graphic. It feels like a Sonic game. The cut scenes are good and humorous at times but a little fuzzy on the definition. I like the voice actors but Sonic's script sometimes disagrees with me because the times he uses Katakana English words they feel out of place. The manual controls are pretty smooth and stable but the automatic controls are not as stable. At times the automatic controls would lock-on to something that I did not want them to. The levels function more like a platforming game rather a speed game but there are times when Sonic goes fast. Not as fast as the Sega Genesis games but still fast. Sonic runs a little faster in the 3DS than the Wii U. The color powers are also better in the 3DS. They require different kinds of motion controls. Some movements are by the pad and some are the body motion controls. The body motion controls are harder to control but takes some practice to get the hang of. At first the gyro controls might seems silly but they ended up growing on me. You get more bang for your bucks with this game more than Wii U. More extra levels and more extra features. At times the imperfections challenge me in wanted and unwanted ways but I learned to be okay that. since I play games, all kinds, because I like to be challenged. It's not the best Sonic game but it is not the worst either. It has many bright sports and it is worth the costs.