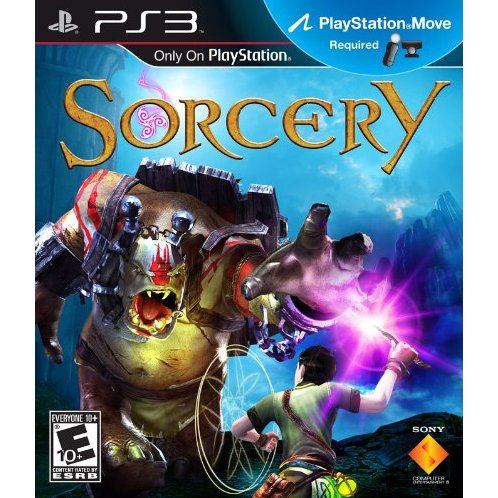 Works on all systems sold worldwide, a correct regional account may be required for online features.
1w Expected stock arrival within 1 week.
US$10.89
Our previous price:US$ 44.99
You save: US$ 34.10( 76% )
Manufacturer
Sony Computer Entertainment
Rated By Our Customers
1w Expected stock arrival within 1 week
Price
US$10.89
Our previous price:
US$ 44.99
You save:
US$ 34.10( 76% )
Play-Asia.com Return & Refund Policy
Trustpilot
Trustpilot
Click on a thumbnail to see more pictures for Sorcery

magical
i hope thrs a sequel too it

The Nightmare Queen has broken the ancient pact with mankind and threatens to cover the land in eternal night. As a young sorcerer's apprentice, it is up to you to master the arcane arts and drive back the Queen’s foul minions. Using the PlayStation®Move motion controller, SorceryTM puts the wand in your hand, letting you conjure and command powerful magic as you brave the deep dark of the Faerie Kingdoms. Experience a world of magic and wonder steeped in Irish folklore tradition. Live the epic magical adventure with the PlayStation®Move.With over 12 upgradeable spells, hundreds of unique potions and countless items to discover and collect, SorceryTM immerses players in a unique fantasy story, like never before. Along their journey, players will encounter a multitude enemies, solve ingenious puzzles, mix and create unique potions, learn and craft new spells and heal a broken world shrouded in Darkness.

If you are familiar with Sorcery, why not let others know?