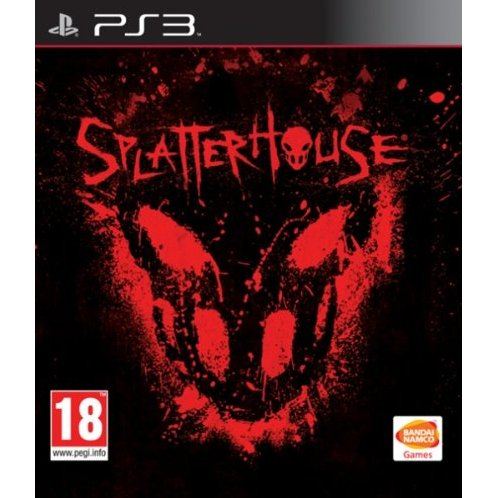 
Click on a thumbnail to see more pictures for Splatterhouse

Follow Rick and his mystical Terror Mask as he unmercifully tears, cuts and beats his way through denizens of unearthly creatures in an epic adventure to rescue his girlfriend from the clutches of deranged occult figure Dr. West. Embodying the unfiltered, primal aggression of its namesake, Splatterhouse combines visceral, adrenaline-soaked combat with horror elements to deliver an original gaming experience that defies the boundaries of the traditional action category with over the-top gore and shocking new gameplay mechanics.

If you are familiar with Splatterhouse, why not let others know?

The main game, however, is also good in my opinion. It's lengthy, stylistic, and incredibly bloody and disturbing, but in a comical way. I ended up enjoying the main game after completing it on savage difficulty. Similar to God of War, but not as refined. It's difficult, but manageable. If you are a fan of Splatterhouse, you should enjoy this. Because although not as polished as it should be, this is still Splatterhouse and plays like Splatterhouse 3. I think this game is getting unfair reviews across the internet. From what I read of those reviews, I knew the reviewers in question were either new to the series and never played a previous incarnation of Splatterhouse, or never bothered to finish the game (both reasons likely). Cause this game plays exactly how a Splatterhouse game should play. There are also amazing homages littered throughout, especially the 2d stages were are wild.