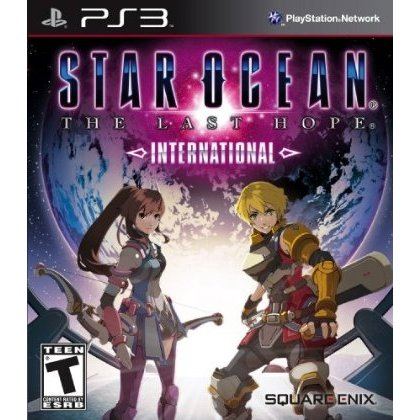 Works on all systems sold worldwide, a correct regional account may be required for online features.
Expected Stock Arrival 03/03/20
US$23.39
Our previous price:US$ 28.99
You save: US$ 5.60( 19% )
Manufacturer
Square Enix
Rated By Our Customers
Expected Stock Arrival 03/03/20
Price
US$23.39
Our previous price:
US$ 28.99
You save:
US$ 5.60( 19% )
Play-Asia.com Return & Refund Policy
Trustpilot
Trustpilot
Click on a thumbnail to see more pictures for Star Ocean: The Last Hope International

The year is A.D. 2087. In the aftermath of World War III, Earth has been ravaged and the population decimated by a deteriorating environment. The countries that survived have joined together to form the Greater Unified Nations and turned their eyes skyward…to space. Edge Maverick and his childhood friend Reimi Saionji are chosen as pioneer members of the Space Reconnaissance Force, which was created to seek out new worlds beyond the stars. Their ship, the Calnus, takes its place on the lunar launch pad along with four other starships of the first reconnaissance fleet. These ships – humanity’s last hope – blast off one-by-one and sail into the awaiting wormhole that leads to the vast star ocean. And so, Edge and his crew begin their voyage in search of a new haven for humanity...and a second chance.

If you are familiar with Star Ocean: The Last Hope International, why not let others know?