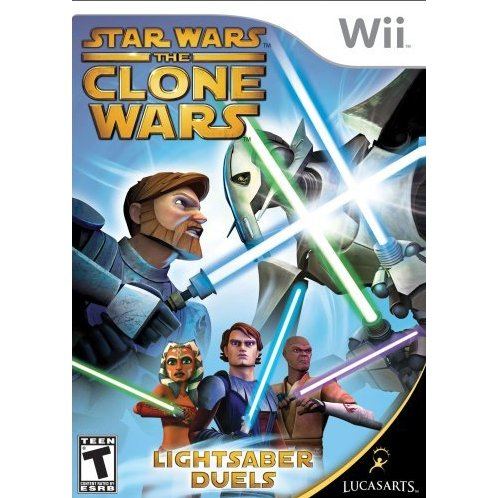 LucasArts
Rated
By Our Customers
Compatible with Nintendo™ Wii (Wii™)
For US/Canada systems.

Now everyone can experience the fun and excitement of a Lightsaber™ fight. Star Wars® The Clone Wars™: Lightsaber Duels™ immerses you in the characters, locations, and epic duels from the all-new Star Wars animated feature film and television series set between Episode II and Episode III. Built from the ground-up for Wii™, Lightsaber Duels features an intuitive motion-controlled combat system that puts the Lightsaber weapon in your hand. Mastering the Jedi's distinctive weapon is now within any player's grasp.

If you are familiar with Star Wars Clone Wars: Lightsaber Duels, why not let others know?