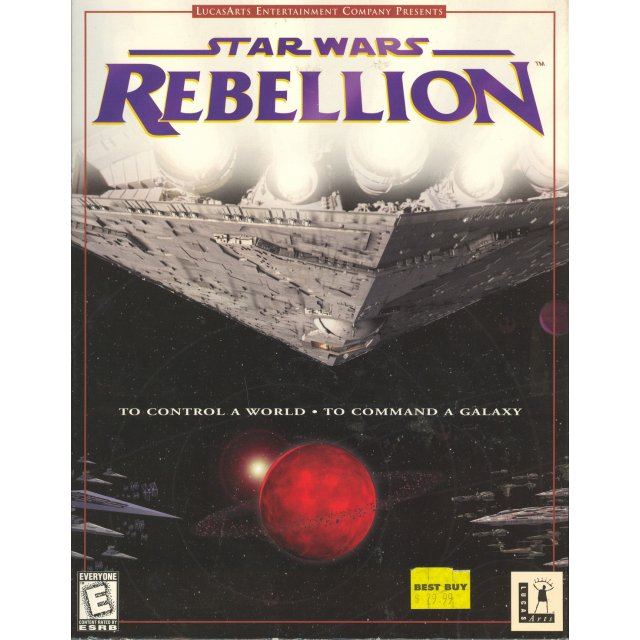 Europe
This item will deliver instantly in your account. Some orders may be subject to verification by SMS or Voice which may cause delays.
US$4.37
Manufacturer
Disney Interactive
Price
US$4.37
Play-Asia.com Return & Refund Policy
Click on a thumbnail to see more pictures for Star Wars: Rebellion (EU REGION ONLY)

It is a time of great upheaval. The first Death Star has been destroyed, marking a major victory for the Rebellion. But the Empire remains strong. As commander, you must choose to take control of either the Rebel Alliance or the Galactic Empire. Your goal: complete domination of the galaxy.

Take the galaxy by force. Take the galaxy through diplomacy. Take the galaxy via covert operations. Earn the loyalty (or resentment) of up to 200 worlds. Star Wars Rebellion gives you a myraid of means to implement strategy and tactics on a grand scale and in a real-time environment. With control of the entire Star Wars galaxy as the prize, will the Force™ be with you? Discover for yourself.

No reviews for Star Wars: Rebellion (EU REGION ONLY) yet.