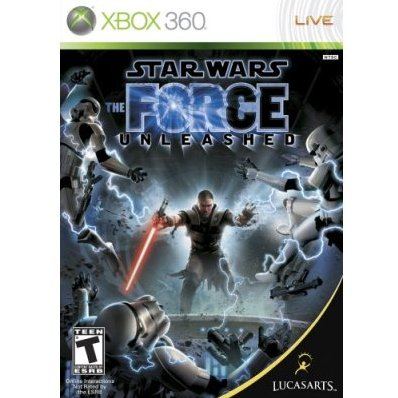 Collections
LucasArts
Rated
By Our Customers
Compatible with Xbox360™, Xbox One™

Works on all systems sold worldwide, a correct regional account may be required for online features.
1-2w Expected stock arrival within 1-2 weeks.
US$35.99
Manufacturer
LucasArts
Rated By Our Customers
Compatible With Xbox360™, Xbox One™
Version

Works on all systems sold worldwide, a correct regional account may be required for online features.
1-2w Expected stock arrival within 1-2 weeks
Price
US$35.99
Play-Asia.com Return & Refund Policy
Click on a thumbnail to see more pictures for Star Wars The Force Unleashed

The saga continues in Star Wars™: The Force Unleashed, casting players as Darth Vader's "Secret Apprentice" and unveiling new revelations about the Star Wars galaxy. Set in the era between Star Wars Episode III: Revenge of the Sith and Episode IV: A New Hope, players must assist the iconic villain in his quest to rid the universe of Jedi, and face decisions that could change the course of their destiny

Robert Ludlums: The Bourne Conspiracy
US$ 66.99