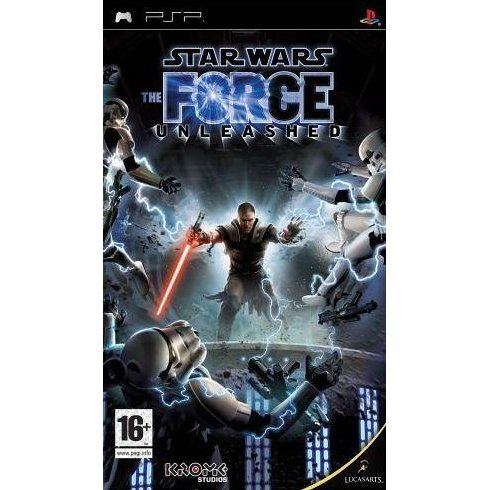 LucasArts
Rated
By Our Customers
Compatible with Sony PSP™ (PSP™)

sold Out of print / Out of stock.
Manufacturer
LucasArts
Rated By Our Customers
Compatible With Sony PSP™ (PSP™)
Version


Click on a thumbnail to see more pictures for Star Wars: The Force Unleashed

The Star Wars saga continues in Star Wars: The Force Unleashed. You are Darth Vader's Secret Apprentice! The Dark Lord of the Sith himself has trained you to use a lightsaber and unleash the power of the Force, but now your destiny is your own. Will you join Vader as the next great Sith, or will you choose to defend peace and justice as a noble Jedi Knight?

If you are familiar with Star Wars: The Force Unleashed, why not let others know?