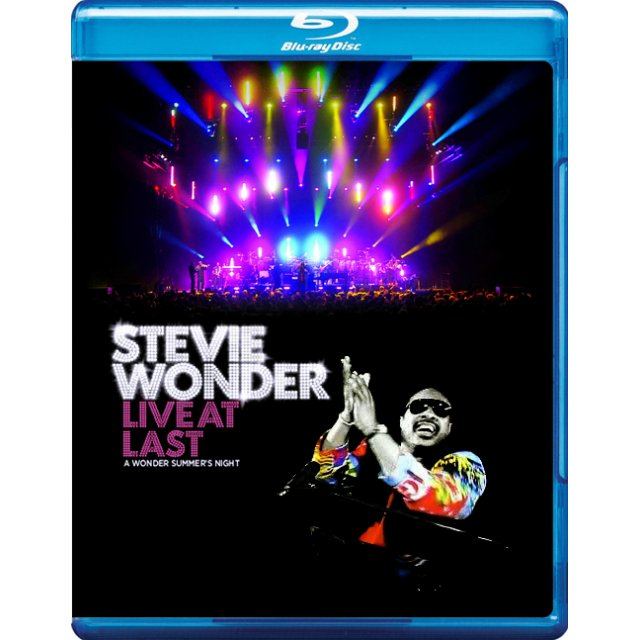 5-15d Expected stock arrival within 5-15 days.
US$24.90
Please take note that, once purchased, this item must be paid immediately and cannot be cancelled or returned.
Manufacturer
Motown
Feature
Stevie Wonder
Version

‘LIVE AT LAST' was filmed at the O2 in the London during 'A Wonder Summer's Night' tour in 2008, his first tour in over a decade which sold over 120,000 tickets in the UK alone. The track list traces a lifetime of innovation and accomplishment stretching from Wonder's teens with "My Cherie Amour" and "Signed, Sealed, Delivered I'm Yours" as well as iconic hits that redefined pop and R&B music, including "Superstition," "Higher Ground," "Living For the City," "You Are the Sunshine of My Life" and "I Wish," while reaching into his classic albums for such enduring fan favorites as "All I Do," "Overjoyed" and "Knocks Me Off My Feet..".

Stevie Wonder has remained one of the truly essential artists of our lifetime and at age 58, Stevie Wonder remains among the most visionary and influential singers, songwriters, musicians and producers in music history. Winner of 25 Grammy Awards including a Lifetime Achievement Award, he was honoured with an induction into the Rock and Roll hall of Fame in 1989 and also received and Academy Award in 1984 for "I Just Called To Say I Love You" from the movie, "The Woman in Red". He has also had an astonishing 32 #1 singles and worldwide sales in excess of 100 million.

Cited by a new generation of urban and hip hop artists as one of today's seminal and cultural influences. Wonder is also recognized for putting a human face on countless social issues. A tireless champion for political and social justice. Wonder was a pre-eminent force behind the Martin Luther King holiday and USA for Africa, as well as helping to raise awareness about the AIDs epidemic and the scourge of Apartheid in South Africa. A key figure supporting Obama's Presidential campaign, Stevie performed "Signed, Sealed, Delivered I'm Yours" to a crowd of 85,000 at Denver, Colorado's Invesco Field, just prior to then-Senator Barack H. Obama's nomination acceptance address at the 2008 Democratic National Convention. On 25th February 2009, Stevie Wonder performed a new piece of music commissioned by the US Library of Congress, at its Coolidge Auditorium in Washington, DC. He also received the Library’s Gershwin Prize for Popular Song from President Obama.

No reviews for Stevie Wonder: Live at Last yet.