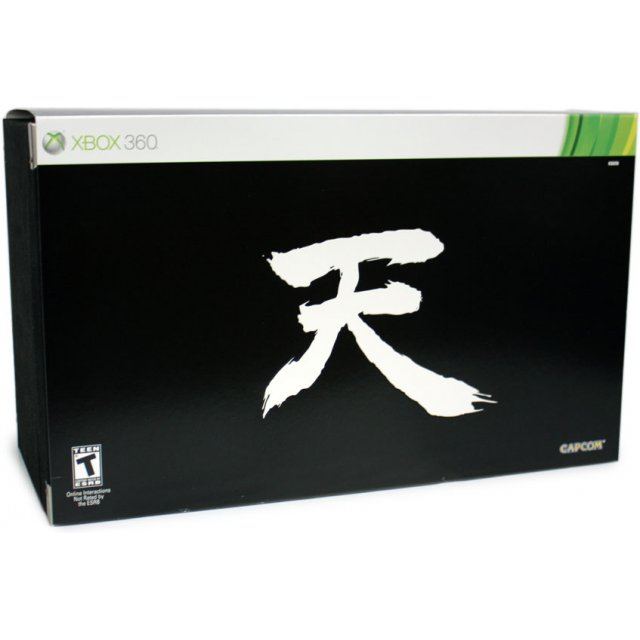 sold Out of print / Out of stock.
Manufacturer
Capcom
Rated By Our Customers
Compatible With Xbox360™ (X360)
Version

Commemorating 25 years of one of the most popular videogame franchises of all time, the Street Fighter® 25th Anniversary Collector’s Set is a must-have for Street Fighter® aficionados. Created as a celebration and tribute to its fans, the limited edition set is individually numbered and jam-packed with Street Fighter games, video, art, music, and exclusive collectibles. The items are housed in a specially created chest complete with a certificate of authenticity.

If you are familiar with Street Fighter 25th Anniversary Collector Set, why not let others know?

Gorka I of Navarra (22) on 25, Aug. 2013 09:23 (HKT)
Good, but lacks some things.
This is a great compilation for the big Street Fighter fanatics like me, but it somehow misses some games that could have been implemented with no effort on the Xbox 360, like the first Street Fighter, the Alpha/Zero series, Pocket Fighter, the 3D EX games or maybe the X-Men Vs Street Fighter crossover.
In spite of those absences the Collector Set is satisfactory in what it offers and you will enjoy the music, games and art that it includes.
chinoloco8 (92) on 28, Jan. 2013 13:26 (HKT)
This does not disappoint
This collection is certainly for the hardcore SF collectors. It contains all the SF games released for xbox including those XBOX live games. The soundtracks are just awesome. If you haven't bought the previous SF games, and you love the franchise. You should not miss the opportunity to get this limited collector edition.
roger_smoky (11) on 06, Dec. 2012 12:29 (HKT)
Great Collection
Great Collection! And with this price, It's even greater!
kevin.tang (1) on 03, Dec. 2012 02:45 (HKT)
Whoooaaar!! Best deal worldwide@ play-asia.com
i was really dissapointed that capcom just released this Box only in the US. I was looking for a good deal after it and fortunatley play-asia had this amazing price of under 100 bucks. Without any doubt this is the best buy for every Street Fighter Enthusiasm. I am fan of this series from the beginning and i assure u that u won´t regret this.
Still limited to worldwide 30000 pieces of a unique collection from the past 25 years Streetfighter culture.
Mine has the number 24150 so get this quick till its sold out and play-asia won´t be sell this thing so cheap for a long time.
Hope for another 25 years Streetfighting! Happy Shoryuken to xmas!
g_kadan (5) on 08, Nov. 2012 01:59 (HKT)
great set great value
I am not a big fan for fighting genre but this is a very interesting and huge collection crammed into 1 box. and for the current price of 99$ this is a steal deal. any1 even so slightly inclined don't think twice. I am so getting this