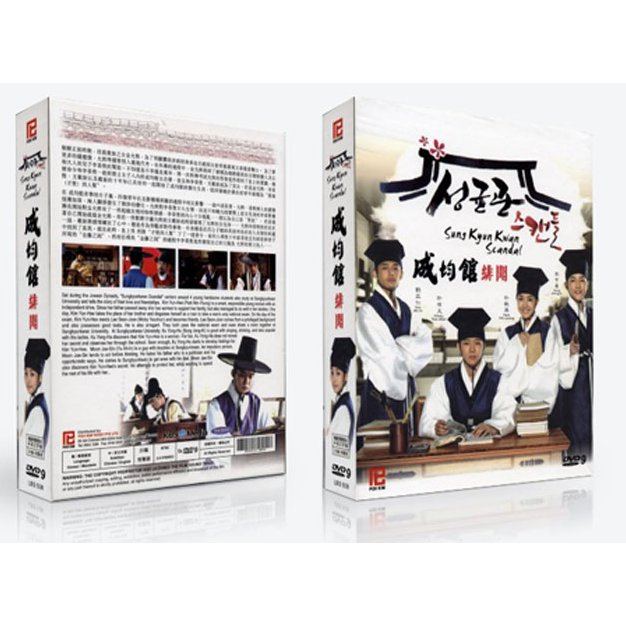 Based on a novel by korean novelist Jung Eun Gwol, the set based on a campus, about political factions and romantic misadventures is set at Joseon Korea's top school Sungkyunkwan, the elite breeding ground for the future generation of court officials. Earning rave reviews for his acting debut, Yoo Chun plays a stubborn, stickler student who goes against his privileged background to seek education and equality among the masses. Actress Park Min Young (I am Sam) is a poor girl who disguises as a man to enter Sungkyunkwan campus, and ends up transforming the lives of all those around her. Completing the "Joseon F4", rising stars Yoo Ah In (Strongest Chil Woo) and Song Joong Ki (Obstetrics and Gynecology Doctors) attracted just as much attention and adoration as the main actors for their charming performances.

To support her family's income, Kim Yoon Hee (Park Min Young) regularly disgiuse as a male and makes money by writing essays and erotic novels. She is smarter than all the elite scholars she ghostwrites for, but as a woman, there is no future for her other than arranged marriage. She is hired to take the Sungkyunkwan entrance exam for someone else, but because of Lee Sun Joon's (Micky Yoo Chun) meddling, she ends up getting accepted by decree of the king (Jo Sung Ha). Her lie is punishable by death, so she can only continue to pose as a man and enter Sungkyunkwan, where her roommate is none other than Sun Joon! Son of the prime minister (Kim Gab Soo), Sun Joon spurns partisan politics and holds strong to his idealistic principles, but he still has much to learn about how the world really runs. Everything he believes comes into question at Sungkyunkwan where he befriends rich playboy Goo Yong Ha (Song Joong Ki) and vigilante Moon Jae Shin (Yoo Ah In), and slowly falls for the cute and cynical Yoon Hee.