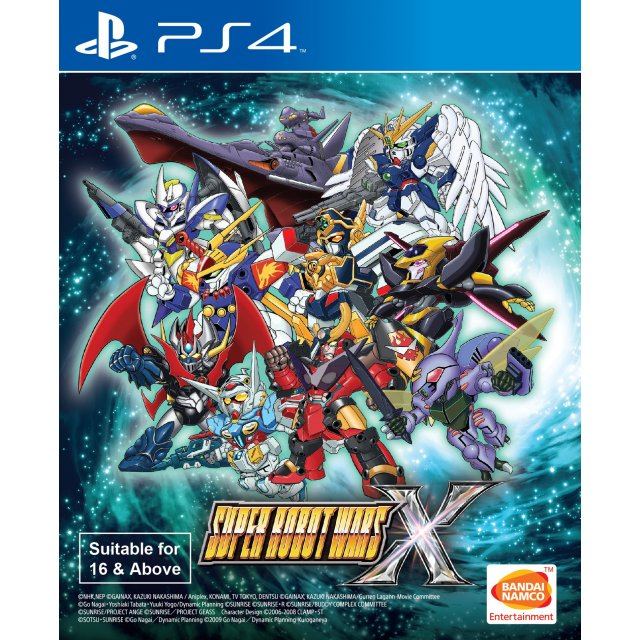 "Super Robot Wars" is a simulation RPG with various types of robots crossing-over from different anime titles to fight against common enemies. More than 90 titles (including the best version) have been released to date. In 2016, the 25th anniversary of this series was localized for Taiwan, Korea, Hong Kong, and the Southeast Asia region. In the upcoming Super Robot Wars X, fans will see improvements in the quality of the game system and graphics, with a new world view and story.

That Scornshell Guy (1) on 28, Feb. 2020 19:37 (HKT)
Typical SRW romp, with some quality of life stuff
As my first "modern" SRW after playing the old ones on the Gameboy Advance, I'm finding this game pretty exciting. Takes a while to pick up the story, but I really like the character/mech roster so far. I understand that V might be better story wise from other reviews I've read, but I really don't see anything wrong with X.

Also, some of its source materials are apparently pretty unknown outside of its home region, so stumbling upon the absolutely hilarious "CONNECTIVE DIO - ACCEPTION" battle yell was an excellent experience :D
Ryo Dragoon (2) on 19, Jan. 2020 03:19 (HKT)
The best type of fan fiction
Is a great game like the usual in the series, but this one is a bit small compared with the other two from the trilogy.