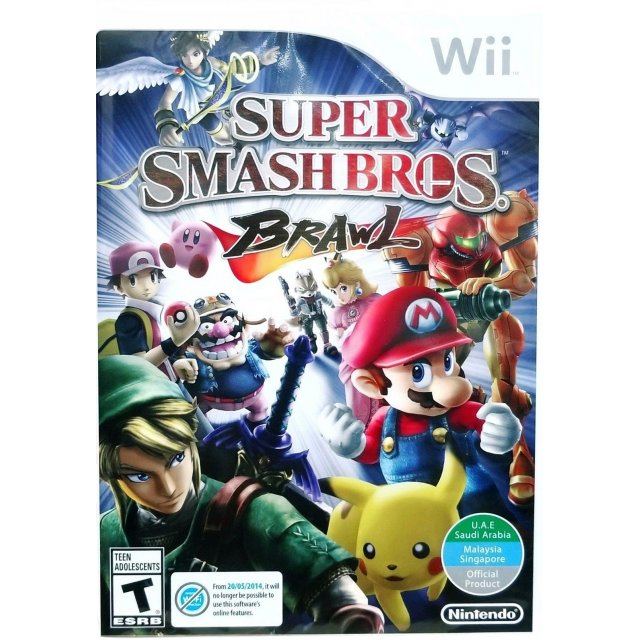 Manufacturer
Nintendo
Rated By Our Customers
24h In stock, usually ships within 24hrs
(Only 1 left in stock.)
Price
US$29.99
Our previous price:
US$ 39.99
You save:
US$ 10.00( 25% )
Play-Asia.com Return & Refund Policy
Trustpilot
Trustpilot
Click on a thumbnail to see more pictures for Super Smash Bros. Brawl

How can you even thinking of not buying this game?
-The one player lasts from 6-8 hours, and has awesome cutscenes.

-A huge roster of players and stages

-A stage builder to build as many stages as you like

-An online mode to play with friends far away

-A soundtrack with over 250 songs

If you are familiar with Super Smash Bros. Brawl, why not let others know?