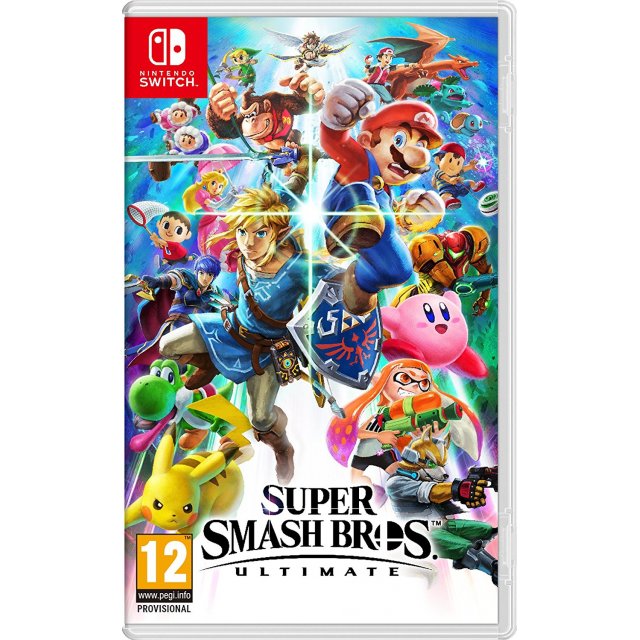 Works on all systems sold worldwide, a correct regional account may be required for online features.
24h In stock, usually ships within 24hrs.
US$65.99
Limited time offer - Secure yours now before the offer expires!
Nintendo
Compatible With Nintendo™ Switch (SW)
Version

Works on all systems sold worldwide, a correct regional account may be required for online features.
24h In stock, usually ships within 24hrs
Price
US$65.99
Limited time offer - Secure yours now before the offer expires!
Play-Asia.com Return & Refund Policy
Click on a thumbnail to see more pictures for Super Smash Bros. Ultimate

[This review is based on another version of this product]
Natarn (207) on 15, Feb. 2019 10:50 (HKT)
Best Family Game
It award best party game of the year so you don't have to think twice, overall bit graphic less detail and performance, but good things is portable! it suit more NS about this.