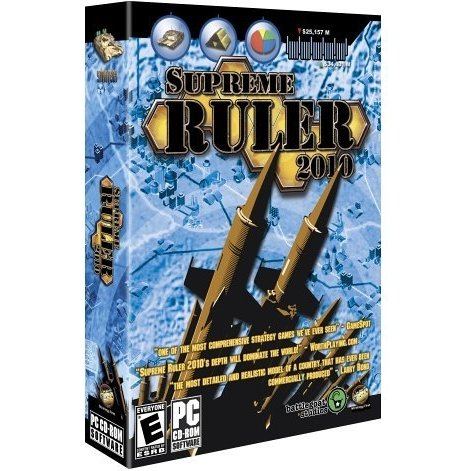 Supreme Ruler 2010 challenges you to control a world coming apart. Unite it under your rule and deal with dissent violently and completely. In 2006, a worldwide market crash leads to global instability. As countries isolate themselves and start falling apart, regions and peoples are left to their own devices. They fight for power to dominate their neighbors, with the ultimate goal of controlling the world. Map and Scenario Editor, plus multiplayer support for up to 16 players over LAN or Internet

No reviews for Supreme Ruler 2010 yet.