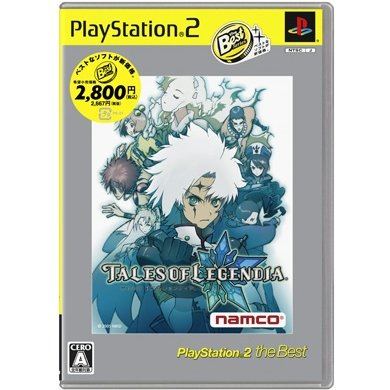 Incredible land, a new "tale" begins...Well acclaimed since the release of the first work of the series in December 1995, the highly popular "Tales" series is finally coming up with a new installment.In this game, the traditional LMBS (Linear Motion Battle System) has evolved into a more vibrant X-LMBS (Crossover LMBS)! In addition, the "windowed conversation" has been enhanced with new elements, displaying the activeness of the new work to seek new ground. Up until now, character design has been taken charge by "Kosuke Fujishima" and "Mutsumi Inomata", but now "Kazuto Nakazawa" of international fame has been tasked with this job. With this breath of freshness and charm, as well as the differences with other games of the "Tales" series, you should definitely give it a try!In this new work, action elements found in fighting games like "Tekken" are introduced into the "LMBS (Linear Motion Battle System)" to form an even more complete and evolved "X-LMS (Crossover-LMBS)".Besides the classical use of TP (Technical Point) in the series to execute special as well as secret moves, new "throw" actions are introduced to make battles more varied. To execute these new moves, one has to get up close to the enemy. Upon successful execution, the damage inflicted and the sense of satisfaction derived are unmatched by other moves.A "Climax Combo" is performed for simultaneous attacks with other party members! With four party members putting their hearts into pummeling the enemy, the power and pressure created is definitely unmatched by solo attacks, and the graphical effects are also quite impressive!The use of deluxe voice casting crew, accentuated in the day-today conversations of the characters in the "windowed conversation", is one of the most charming points of "Legendia". In this work, this system is further introduced into events, allowing you to listen to advice dished out by party members as the event unfolds, and enjoy the rich and varied plot developments through the conversations. Not only the main characters will make their appearances in this system, but even sub-characters or even enemy characters will have exciting performances!When exploring dungeons, it is no longer just about defeating monsters and gaining experience, but there will be many fascinating and wonderful traps and triggers waiting for you! The player's wit will be tested here.新規巨大プロジェクトチーム「MelFes（メルフェス）」が数年の歳月を費やした今作の『レジェンディア』は、丁寧に作りこまれた幻想的かつ、暖かみのあるフル3Dグラフィックの実現、そして躍動感溢れるダイナミックな戦闘システムを搭載するなど、シリーズならではの魅力を継承しながらも、全てにおいて高みを目指しています。そして、今作より起用された“中澤一登”先生の手によるキャラクターたちの新鮮な魅力は、『テイルズ オブ』シリーズに新たな伝説が幕を開けるでしょう！

If you are familiar with Tales of Legendia (PlayStation2 the Best), why not let others know?

Just from those simple facts you can see it not even near as good as the usual Tales of game, still, its a nice collectors item for the price it has now.
1 »