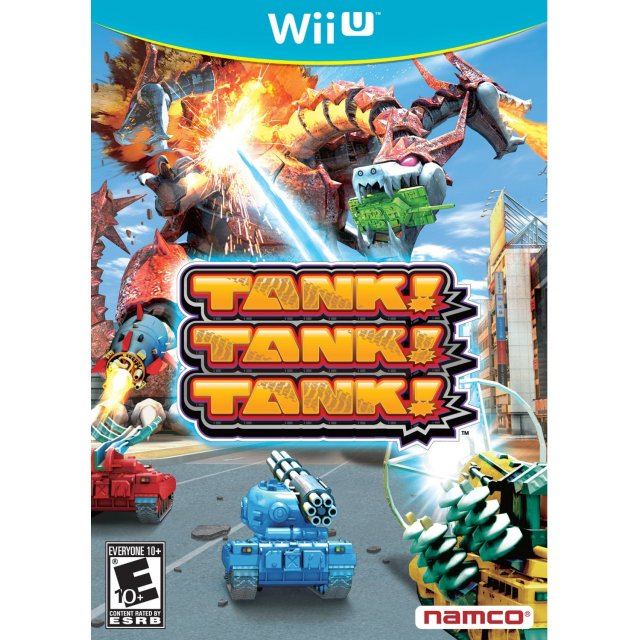 Bandai Entertainment
Compatible with Wii U™ (Wii U™)
For US/Canada systems.

The ultimate multiplayer experience for the Wii U!TANK! TANK! TANK! is an over-the-top battle party game where players will feel the thrill of driving and shooting with tanks. With support for up to 4 players, family and friends can battle giant monsters or compete in Free-for-All and Team Versus modes. An exciting story mission mode allows you to level up your tanks while battling a variety of giant enemies. Wii U specific features make TANK! TANK! TANK! the best battle party game for the whole family!

chikai (3) on 18, Jun. 2013 12:04 (HKT)
Nice Party Game!
It is a good game for family playing! Easy control.
But it does not enough map to play.
Roan Zero 2099 (30) on 18, Jan. 2013 18:48 (HKT)
Tank Battle Party!
Extreamly fun battle party game with many game modes, a story mode for up to 2 player, a variety of party multiplayer games, either playing with people in the same room or online, aswell as large variety of tanks to pick from.
It's a great game, although it can be somewhat repetitive, but it's fun as hell!