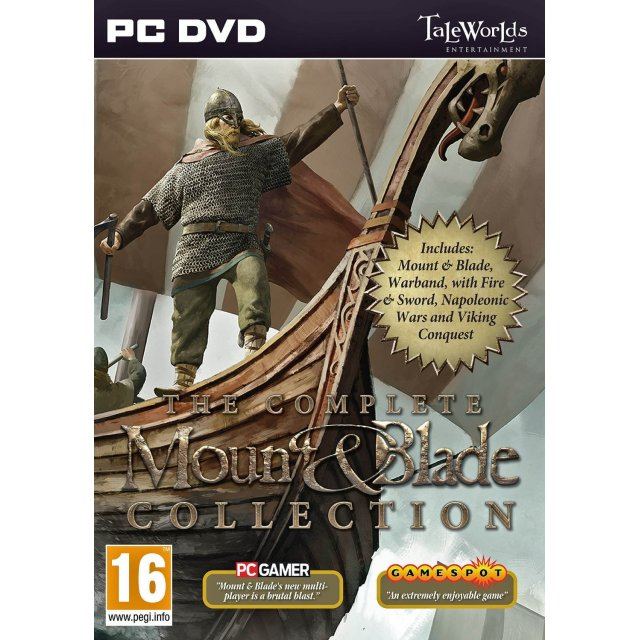 Whether Gamers are looking for an original experience or to follow the progressions of the Mount & Blade series, this collection offers many options for those seeking a thoroughbred game.

Mount & Blade:
Return to where it all started, to the lands of Calradia! Mount & Blade is an immersive medieval action/tactics game that will take you into the heart of the battlefield.  Players have the freedom to choose their will as they encounter various political issues, arsenal of weaponries, and signature mounted combat!

Mount & Blade: Warband:
In a land torn apart by the incessant warfare of rival kingdoms, step into the fray and  create your own legacy towards acquiring fortune, power, and glory. Mount & Blade: Warband lets players assemble their own Warband of hardened warriors, play in multiplayer battles with up to 64 players, master numerous weapons, and create their own empire to claim the ultimate prize: the throne of Calradia!

Mount & Blade: Fire & Sword:
Based from one of the most popular Polish book ever – With Fire and Sword, comes Mount & Blade: Fire & Sword. Set in one of the darkest ages of Eastern Europe, players are given a chance to experience the harsh destinies of the five battling nations in the era where swords and advanced weaponries decides who will reign the lands. Get involved with various intrigues and factions with different stories and multiple endings.

No reviews for The Complete Mount & Blade Collection (DVD-ROM) yet.