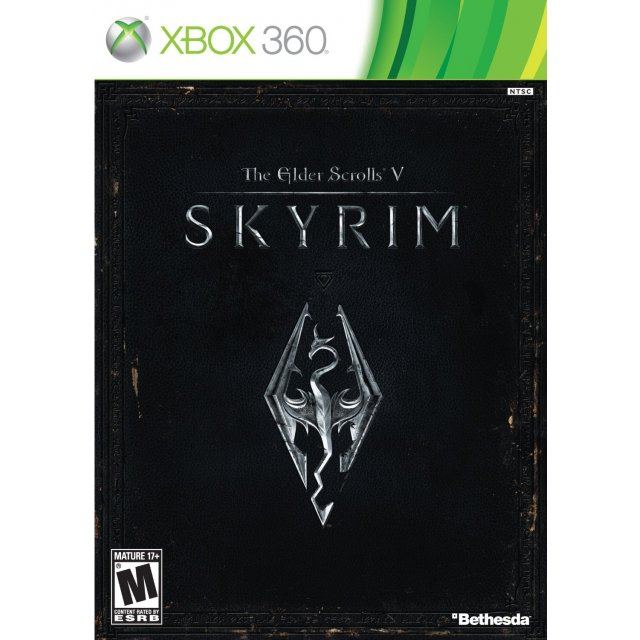 Bethesda
Rated
By Our Customers
Compatible with Xbox360™ (X360)

sold Out of print / Out of stock.
Manufacturer
Bethesda
Rated By Our Customers
Compatible With Xbox360™ (X360)
Version


Click on a thumbnail to see more pictures for The Elder Scrolls V: Skyrim

The Empire of Tamriel is on the edge. The High King of Skyrim has been murdered. Alliances form as claims to the throne are made. In the midst of this conflict, a far more dangerous, ancient evil is awakened. Dragons, long lost to the passages of the Elder Scrolls, have returned to Tamriel. The future of Skyrim, even the Empire itself, hangs in the balance as they wait for the prophesized Dragonborn to come; a hero born with the power of The Voice, and the only one who can stand amongst the dragons.”

If you are familiar with The Elder Scrolls V: Skyrim, why not let others know?

Hallowed_Fury (24) on 21, Jun. 2012 23:46 (HKT)
Simply the Best!
At the moment, there are no real challengers to this game if you enjoy sandbox-rpg's. "The Elder Scrolls V: Skyrim" is the best by far with a great story and the freedom to explore and do whatever you can imagine.

Very few other games have managed to achieve the same level of freedom. "The Witcher 2" and "Dragon Age" still have the 'on-rails' feel when it comes to giving the player an immersive experience. Having played this game through with multiple characters (4 in total) and put in over 500 hours of game time, I STILL can find things I haven't seen! Truly remarkable.

If you prefer games that hold your hand and direct you by forcing you to stick to the path then this might seem overwhelming or frustrating due to the sheer scale. If you like to think outside the box and delve into a truly magnificent world then this game is for you.
kascott1 (11) on 10, May. 2012 16:34 (HKT)
Pure glory...
I really can't say anything that hasn't been said already. This game is pure amazingness on a disc... so so so so good.
fam_guy09 (1) on 20, Mar. 2012 04:30 (HKT)
Realy great game. Wonderfully designed and awsome to play. Been having a lot o fun playing it.
Thanks to everybody at Play-Asia for getting this game to me so fast
hualmavi (4) on 13, Mar. 2012 17:46 (HKT)
Best game.
By far, one of the best games ever existing.
inaka_rob (196) on 14, Feb. 2012 09:24 (HKT)
GOTY
this game needs little introduction. If you do not have it. Buy it! This game just won the official Game of the Year award from the AIAS. Just like Elder Scrolls 3 and 4. Skyrim is no carbon copy either. It improves on EVERYTHING. The combat still kinda.... leaves you wishing for more, but everything else in the game is so epic it does not really matter. The game gets 9 our 5 stars. Yeah I typed that correctly. The only reason it does not get 10 out 5 is becuase of the combat.
1 »