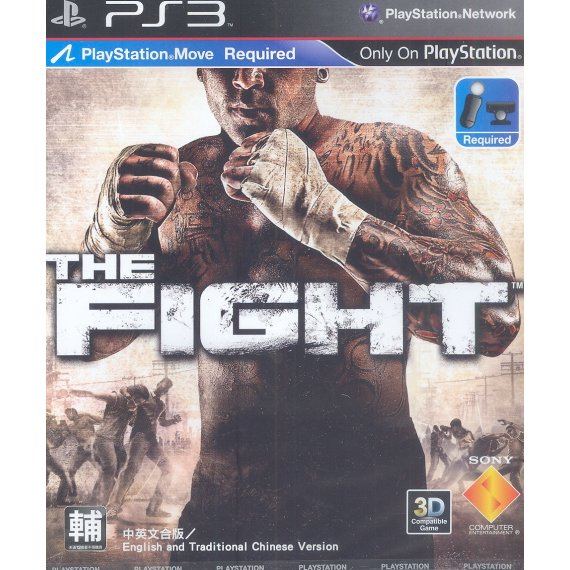 sold Out of print / Out of stock.
Manufacturer
Sony Computer Entertainment
Rated By Our Customers
Compatible With PlayStation 3™ (PS3™)
Version


Click on a thumbnail to see more pictures for The Fight: Lights Out

Grab your PlayStation®Move motion controllers and step into the dark and gritty underground of bare knuckle brawling in The Fight: Lights Out™. The power to climb to the top of the underground scene is in your hands. The only rule is that there are no rules -- you decide how to take down your next challenger. Get them in a headlock and throw elbows to the skull, or go ballistic by swinging with all-out haymakers. Use the PlayStation®Move motion controllers to dominate opponents with accurately tracked strikes. Do you have what it takes to rule the underground?

If you are familiar with The Fight: Lights Out, why not let others know?

I think it very fail that this game put skill upgrade function in this game. U have to upgrade speed for your fighter to make him faster so he can following ur move. U will see at first ur fighter will be very delay. So don't get angry with that just keep play and upgrade ur skill

I didn't say the move Controller have bad function following u. But I think the problem was in the game.

Overall it's a good game but I think some skill like speed should have not put on the game like this.

Some time I'm feel very boring playing this game cause fighter move was delay from the real player.
[This review is based on another version of this product]
nburirat (33) on 17, Jul. 2013 23:24 (HKT)
Good Fight
good for exercise
but the moving around is hard
1 »