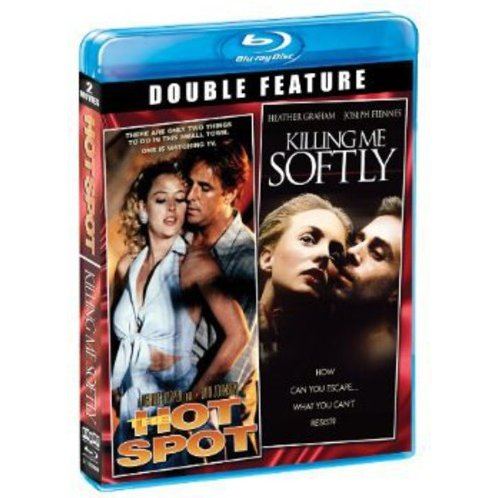 The Hot Spot / Killing Me Softly

The Hot Spot: Harry Madox (Don Johnson) is a handsome drifter who is not above larceny to make ends meet. After staging a daring daylight robbery at a local bank, he receives an alibi from an unexpected ally: Dolly Harshaw (Virginia Madsen), a sexy and mysterious local woman who has her own plans for him. But when Harry falls for another beautiful woman (Jennifer Connelly), he incurs Dolly's wrath and finds himself caught in a maze of jealousy, betrayal and murder from which escape is impossible and danger is the ultimate aphrodisiac. Killing Me Softly When Alice (Heather Graham), an American living in London, meets Adam (Joseph Fiennes), a handsome adventurer, she's lured out of her safe, mundane life to pursue an affair that brings her to the heights of excitement and ecstasy. But when Adam's mysterious and violent past begins to surface, Alice investigates and learns that Adam's past and her future may both point to murder!

No reviews for The Hot Spot / Killing Me Softly yet.