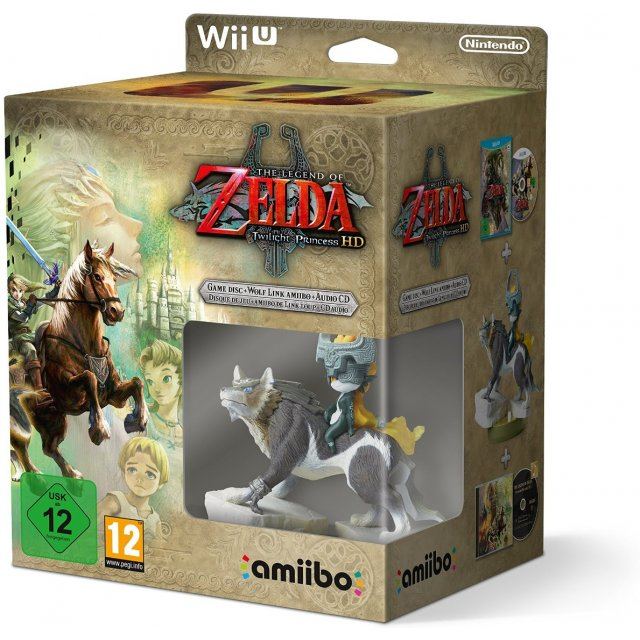 Nintendo
Compatible with Wii U™ (Wii U™)
For PAL systems only.


Click on a thumbnail to see more pictures for The Legend of Zelda: Twilight Princess HD (amiibo Bundle)

A dark force, shrouded in twilight, has invaded the vast land of Hyrule.

To restore light to the world, team up with the mysterious creature Midna and embrace the darkness to transform into a divine wolf. Fight through labyrinthine dungeons, survive puzzling traps, and meet a cast of characters you’ll never forget in this legendary Zeldaadventure.

The Legend of Zelda: Twilight Princess is a critically acclaimed masterpiece, set in a massive world bursting with life—but also shadow. A dark figure from the Twilight Realm has invaded the world of light. As Link, a farmhand turned cursed beast, you'll join forces with the impish Midna, the Hyrule Resistance, and trusted (albeit unusual) allies to survive a quest that will take you to the farthest corners of Hyrule and beyond… to the Twilight Realm. This epic, emotional adventure is now on the Wii Uconsole.

No reviews for The Legend of Zelda: Twilight Princess HD (amiibo Bundle) yet.