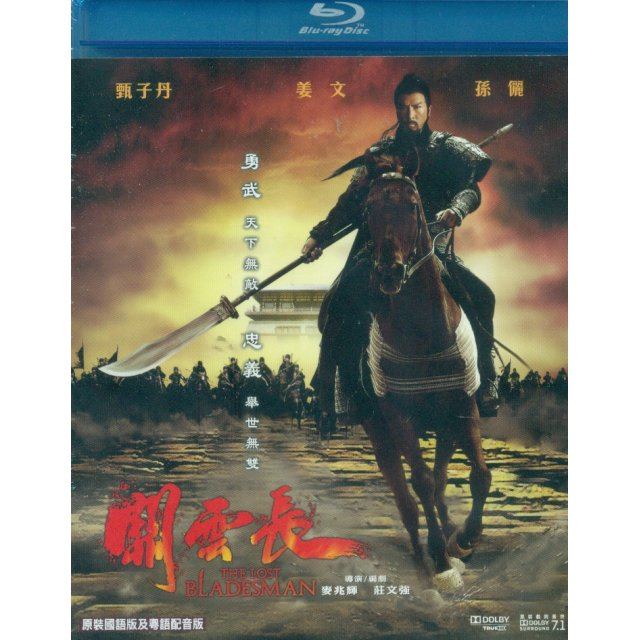 1-5d Expected stock arrival within 1-5 days.
US$29.90
Please take note that, once purchased, this item must be paid immediately and cannot be cancelled or returned.

In the final years of the Han, the court was under the sway of Prime Minister Cao Cao (Jiang Wen). When his troops defeated those of rival king Liu Bei (Alex Fong), they took Liu Bei's two wives, future concubine and other members of his family hostage, as well as Liu Bei's sworn brother, Guan Yunchang (Donnie Yen). Cao Cao greatly admires Guan and wishes to retain him, but Guan's loyalty is with Liu Bei. When Cao Cao finds out Guan was once in love with Liu Bei's future concubine, Qilan (Sun Li), he sets a trap to lead Guan to temptation and betrayal. Guan escapes with Qilan. But to get to Liu Bei, they must cross five passes. Guan, who is tired of killing, is forced to fight his way through, leaving a trail of corpses. At the final crossing, they fall into a deadly ambush. Yet Cao Cao treats Guan with respect; Guan is torn between emotional debt and righteousness

The Sorcerer and the White Snake
~ Jet Li, Shengyi Huang, Raymond Lam
US$ 19.99

If you are familiar with The Lost Bladesman, why not let others know?