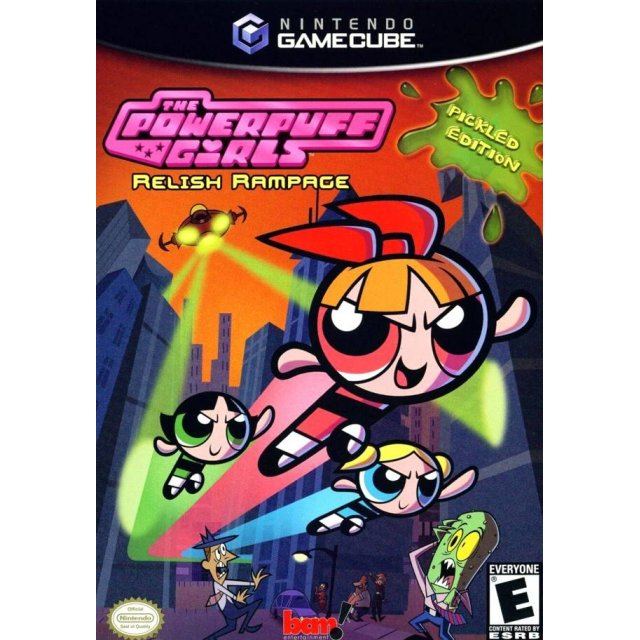 Bam! Entertainment
Compatible with GameCube™ (GC)
For US/Canada systems, use Freeloader for other.

Mojo Jojo is fed up with The Powerpuff Girls. He's invented a scheme to put all of Townsville under his mind control...Radio Jojo! But Mojo doesn't know his sour signals are strong enough to summon aliens to invade Townsville! As The Powerpuff Girls, you must defeat Mojo and annihilate the aliens before the Townsville citizens become aliens forever! Battle your way through level upon level of interesting missions and outrageous clashes in a 3-D Townsville world. The survival of everyone's favorite superheroes, The Powerpuff Girls, depends on you!

No reviews for The Powerpuff Girls: Relish Rampage (Pickled Edition) yet.