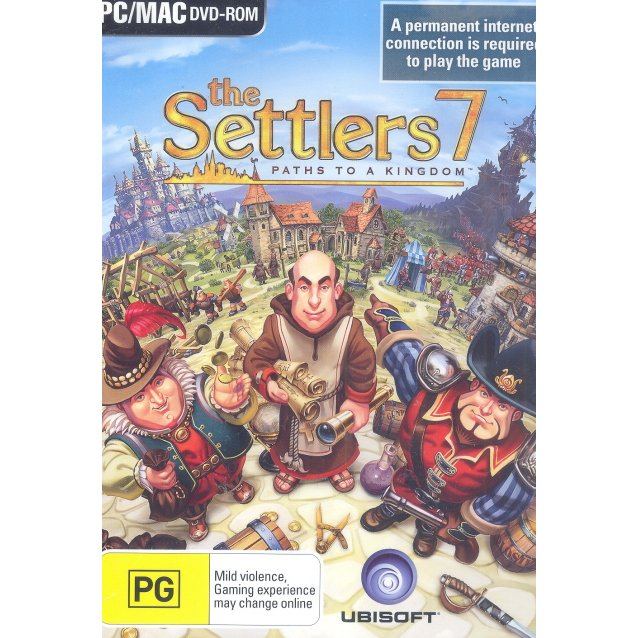 The Settlers: Paths to a Kingdom is the latest game from the award-winning kingdom building strategy series. Created in 1993, The Settlers franchise is one of the best selling strategy brands with over 500,000 units sold in the US and over 7MM units worldwide LTD. In Paths to a Kingdom, the military, economic, and research systems are richer than ever. This allows players to play and win the way they want. Beyond the game campaign, fully customizable pre-designed maps, downloadable expansions and anticipated player‐generated content will guarantee wide-ranging experiences. The innovation does not stop at the game content. The Settlers: Paths to a Kingdom will integrate the player’s social networks contacts on Facebook and Twitter. By allowing consumers to play the way they want and share their progress with their friends, this is truly the most accessible and innovative Settlers title to date.

If you are familiar with The Settlers 7: Paths to a Kingdom (DVD-ROM), why not let others know?

[This review is based on another version of this product]
drawn (1) on 16, May. 2010 09:35 (HKT)
Good depth, poor balance.
I didn't seem to have any DRM problems and could play fine from here. The game itself is visually very nice, and has a lot of economic depth and complexity. However, the marketing promotes this as a game you can win via 3 paths: military, religion or trade. In reality only by using military can you have any reasonable chance of winning multiplayer games. Single player campaign is short but sweet.
[This review is based on another version of this product]
mihi-chan (1) on 12, May. 2010 18:20 (HKT)
Simply doesn't work.
I got the game right after the launch. I could play it _one_ afternoon since then. Thanks to Ubisoft's "great" DRM, the game is just unplayable since the game can't seem to get a connection to the Ubi-Servers from here (Tokyo, Japan). I also tried to contact the technical support and after getting a completely useless answer, I waiting for over 2 weeks now for them to help me...
That was definitely the last game I bought from Ubisoft - not matter which system.
skydalink (89) on 03, May. 2010 14:03 (HKT)
Disappointed!!
I can't seem to play the game. The problem is I keep getting "server not reachable" error. I went to the settlers 7 official forum, and found out that a lot of people (esp. Australia and Asia) are having the same problem. Gave up trying to play the game. :(