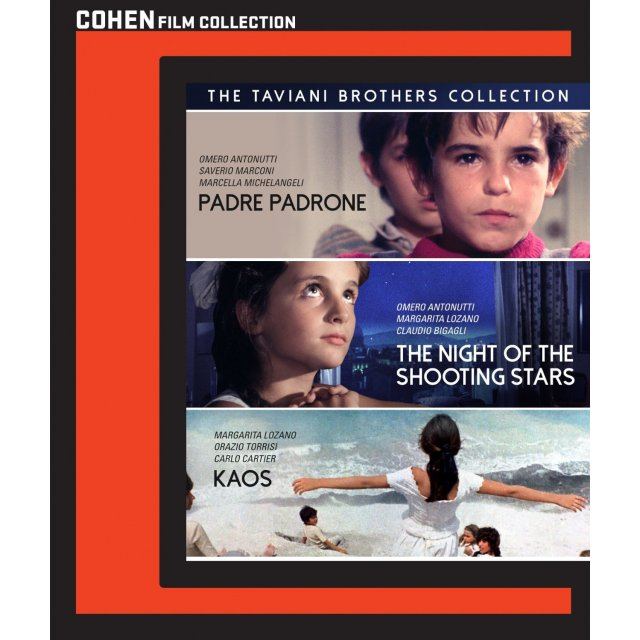 Padre Padrone
Winner of the 1977 Cannes Film Festival Palme d'Or, this classic by the Taviani brothers is based on an autobiography by Gavino Ledda, "The One That Got Away". Gavino is six when his father hauls him out of school to keep watch over sheep on a barren countryside, huddled in a makeshift hut night and day. The child is constantly abused by his father who treats him as his own father treated him. When the illiterate Gavino is commanded by his father to join the army, he learns a trade and a new concept of life, discovering the outside world and his own identity within it.

The Night Of The Shooting Stars
Winner of the Grand Jury Prize at 1982 Cannes Film Festival. Set during the summer of 1944 in a small Tuscan town caught between the threat of destruction by the retreating German forces and the advancing American army, this is a bedtime story told by a mother to her child. A recollection of her experience during the war which takes on the quality of fairytale as seen through the eyes of a six year old. In it, the Tavianis create some of their most lyrical and poetic cinema.

Kaos
With a free adaptation from Luigi Pirandello's works, the Taviani brothers have constructed an ethereal odyssey into the Sicilian landscape - with four stories and an epilogue - it brings together all the main actors whom the Tavianis had previously collaborated with in a voluptuous naturalistic trip.

No reviews for The Taviani Brothers Collection yet.