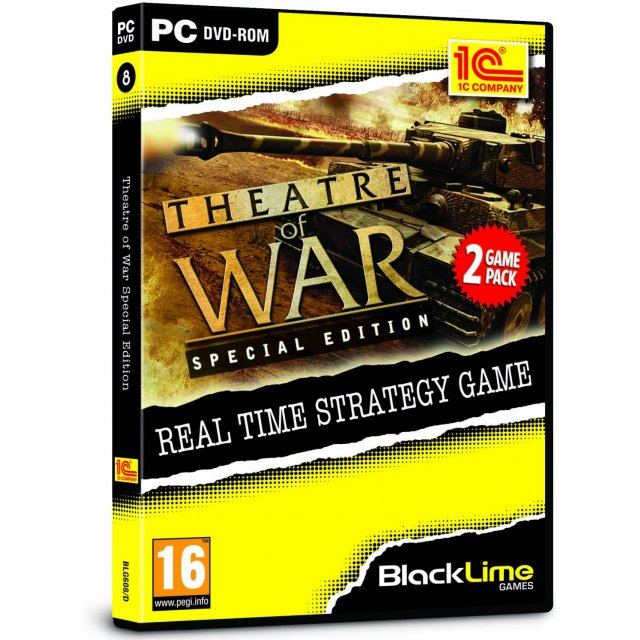 Command a special task force in the major events of Europe from 1939 to 1945. Fight in battles from the seizure of Poland to the capitulation of Germany.With a focus on unit detail and combat realism, would-be generals are faced with authentic battle scenarios taken straight from actual World War II records and maps. Play five extensive campaigns including Soviet, German, French, Polish and British-American in this epic real-time strategy game.SPECIAL CONTENT: Includes Star Wolves 2 RPG Strategy GameConflict in the Stars! Human space pirates, rogue AI computers that rebelled against humanity and Aliens roam the stars in search of easy prey and planets to conquer. It’s time for the Space Wolves to enter the war and tip the balance of battle!

No reviews for Theatre of War (Special Edition - Black Lime) (DVD-ROM) yet.