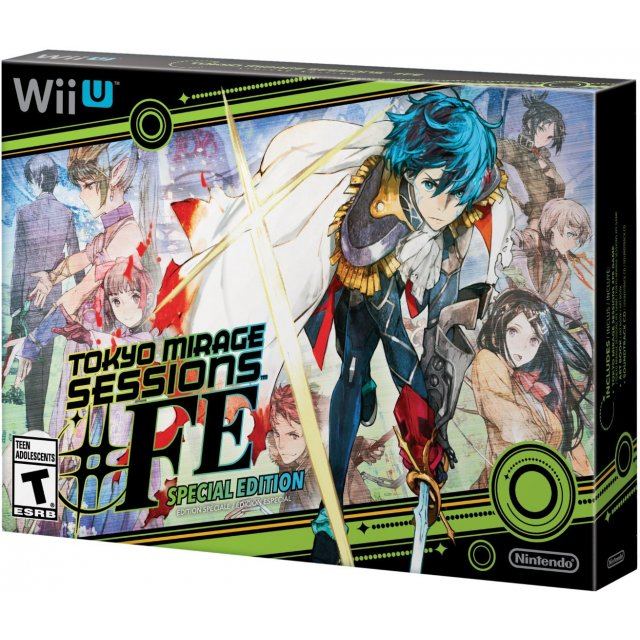 Collections
Nintendo
Rated
By Our Customers
Compatible with Wii U™ (Wii U™)
For US/Canada systems.

sold Out of print / Out of stock.
Manufacturer
Nintendo
Rated By Our Customers
Compatible With Wii U™ (Wii U™)
Version

If you are familiar with Tokyo Mirage Sessions #FE [Special Edition], why not let others know?

All the complaints of "idol trash" only account for a chapter or two. The setting is about the show business at large, and involves drama, stage plays, and fashion.
[This review is based on another version of this product]
anu.blitz (177) on 22, Sep. 2016 18:30 (HKT)
Cool
Very great RPG don't miss excusive for wii u.
wm_gg82 (21) on 25, Jul. 2016 17:07 (HKT)
Should scratch your Persona 5 itch for a good while
Like the Persona series, you play as a high school student trying to balance life versus battles against otherworldly beings trying to destroy humanity. The big difference is that some of your team are idols, and music, song and performance play a big part in the story. While fun, I have to say that the main heroine's lack of self-confidence becomes really grating after the first half-dozen times she needs the player character to give her a confidence boost. You've already performed in front of thousands of people and defeated numerous horrors, woman! Stop needing me to hold your hand!
sischordus (5) on 19, Jul. 2016 08:20 (HKT)
Nice edition, good game
This is a nice "Special Edition", I thought it was bigger (is like a DVD box size).
If you like J-RPGs, specially Persona and Fire Emblem, this is for you.
A nice game to play untill we have Persona 5 in occident.
1 »