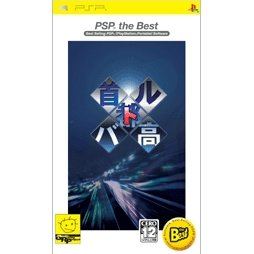 Genki's Shutokou Battle racing series has first appeared on PlayStation™ in 1996. While the titles released under the label were initially mainly fascinating racing freaks who dreamt about driving through Tokyo's highways inside a tuned up Japanese sports car, more popularity was gained when the series hit Sega's Dreamcast™ and PlayStation2™.

Shutokou Battle: Zone of Control (also known as Tokyo Xtreme Racing: Zone of Control) is not a simple port. A new team feature has been implemented bringing alternation into the game. In one of 15 available teams, you will fight for hegemony in the streets. You try to gain control over parts of the city by challenging the competition. Since the team leader decides about who is competing, it's further important to make yourself heard within your own team.

The designers have set value on graphical details of your sports cars. Not to be missed are spoilers, rims, neon light underneath the car, stickers and much more.

No reviews for Tokyo Xtreme Racing: Zone of Control (PSP the Best) yet.