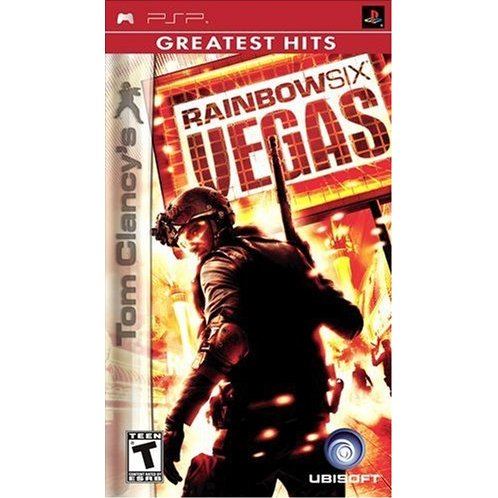 For the first time ever, Tom Clancy’s Rainbow Six® brings its frenetic counter terrorist gameplay to the PSP® (PlayStation®Portable) system. In a story paralleling the Xbox 360™ video game system from Microsoft and PlayStation®3 computer entertainment system versions of Tom Clancy’s Rainbow Six Vegas, Rainbow operatives are forced to defend one of the most recognizable cities in the world, as Las Vegas finds itself in the midst of chaos. The future of Las Vegas and global security is in your hands … can you save Vegas?