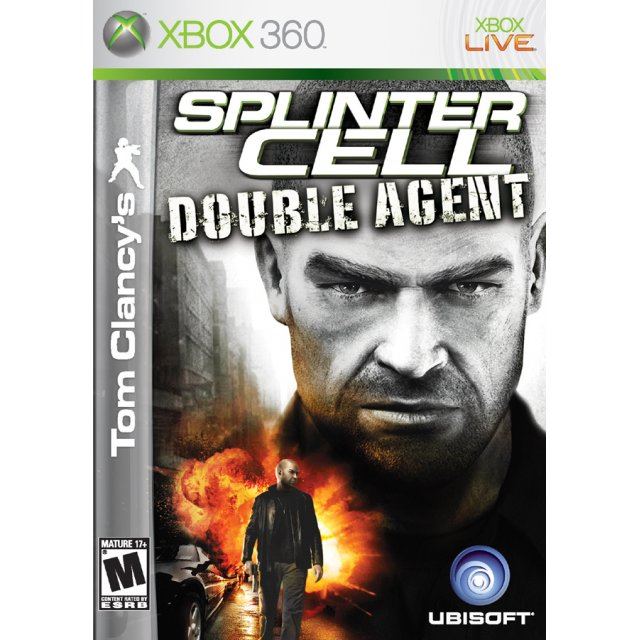 Ubisoft
Rated
By Our Customers
Compatible with Xbox360™, Xbox One™

Veteran agent Sam Fisher is back. But he's never faced an enemy like this before. To stop a devastating attack, he must infiltrate a vicious terrorist group and destroy it from within. For the first time ever, experience the relentless tension and gut-wrenching dilemmas of life as a double agent. As you infiltrate a terrorist organization in its American headquarters, you must carefully weigh the consequences of your actions. Kill too many criminals and you'll blow your cover. Hesitate too long and millions will die. Do whatever it takes to complete your mission, but get out alive.

zdravkonikolovski (15) on 25, Feb. 2014 16:21 (HKT)
Great game
Splinter Cell Double Agent succeeds where most of the games fail. It makes you regret for some of the choices you make. Without getting much into the story, you need to be a double agent (as the title says), which means that you will have to work for the Third Echelon and for a terrorist cell. You will need to convince them both that you are on their side (you need to take down the terrorists of course). There a lot of hard decisions that you need to make. Double Agents is one of the best Splinter Cell games out here.
inaka_rob (196) on 19, Oct. 2011 15:08 (HKT)
the last classic splinter cell game
this is the last SC title that has the classic game play style. The newer game adopts a faster play-style. This game is all about sneaking and sstealth and does it flawlessly. Earlier SC titles had the best graphics available when they launched. This one was simply on par with other games available.
Selkirk16 (126) on 18, Jul. 2011 16:22 (HKT)
Double Agent, Double Fun
Another Tom Clancy hit with this great stealth tactical games. The plot and gameplay have become more interesting as you have to choose sides, and decide the best way to outwit your opponents.
debaditya.barua (2) on 16, Sep. 2009 14:16 (HKT)
Sam Fisher's next-gen debut
The fourth installment of the hit stealth-action francise doesnot disappoint. It delivers on most counts and whatever grouses are there, are generally nitpickings in totality. The game has shiny new graphics, terrific sounds, tight controls and an engrossing plot-line. Sam Fisher's next-gen debut is a solid one. The interesting moral choices given to Sam Fisher in this game are the highlights. The delicate balancing act required on the player's part to trully make Fisher a double agent is a welcome addition to this genre and this series in particular. There are some minor issues (essentially bugs) doesnot detract from the overall attractiveness of the game. Play-Asia as usual offers the best deal for this game and I recieved this game pretty fast (by regular airmail) which is simply awesome. This game is a must have for all Splinter-Cell fans and anyone whose willing to spend some quality time with a quality title
[This review is based on another version of this product]
PuNiao (365) on 29, Mar. 2007 19:24 (HKT)
Tom Clancy\'s Splinter Cell: Double Agent
Sam Fisher is back in this fourth instalment of the ever popular Splinter Cell series. He takes on his toughest assignment by infiltrating a terrorist organisation in an effort to bring it down. Throughout the game, we see Sam experience that classic dilemman that moles face when he befriends people within the organisatio, blurring the lines of good and bad.