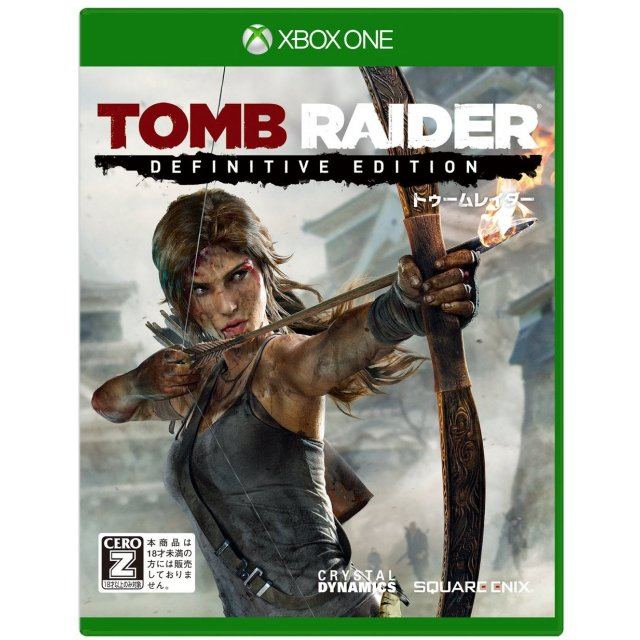 Works on all systems sold worldwide, a correct regional account may be required for online features.
1w Expected stock arrival within 1 week.
US$47.99
Manufacturer
Square Enix
Compatible With Xbox One™ (XONE™)
Version

Lara Croft invites game enthusiasts once more into her pistol-wielding adventures in Tomb Raider Definitive Edition. The game is the fifth title developed by Crystal Dynamic for the Tomb Raider Franchise and is a reboot that emphasizes the remodeled origins of Lara. A stunningly realistic graphical improvement, intense game play innovations and a lot of hard core action will be coming to next generation console as Tomb Raider Definitive Edition makes its way back to the limelight.

Surviving It Over Again:

Join Lara as she tries to escape and scours a hostile island known as Yamatai in search of her abducted friends. Survive malevolent cults, brutes and betrayals while trying to escape this island of evil. Action-adventure, exploration and survival mechanics are very well combined with the game’s interconnected hub-and-spoke model allowing players to make the most of Lara’s action-packed adventures.

Kill or Be Killed in Multiplayer Modes:

For the very first time ever in the Tomb Raider Series, a multiplayer option will be available. Players can compete with each other in several multiplayer maps in these three types of multiplayer modes which includes; Team Death Match is a simple person vs. person combat scenario. Private Rescue is a time limited mode in which certain class of teams are assigned to accomplished specific tasks. And lastly the Cry for Help mode in which a team needs to accomplished a task and survive being hunted by the others. In all three modes, destroyable environment and acquired weapons can be carried over from the single player campaign.

No reviews for Tomb Raider [Definitive Edition] yet.