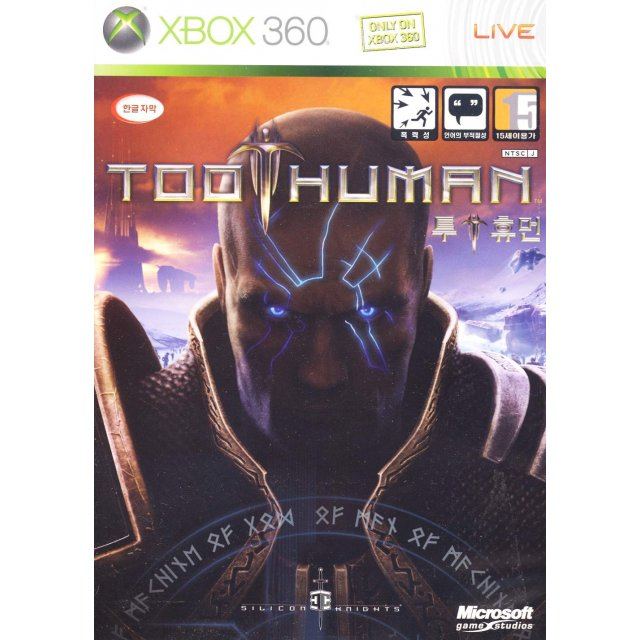 
Click on a thumbnail to see more pictures for Too Human

Step into the world of Too Human, the epic action-game for Xbox 360™ from famed developer Silicon Knights®. As the Cybernetic God Baldur, you get thrust into the midst of an ongoing battle that threatens the existence of mankind.An ancient machine presence has forced the God’s hand. In the first of a three part trilogy, Baldur is charged with defending mankind from an onslaught of monstrous war machines bent on eradication of human life.

If you are familiar with Too Human, why not let others know?

A few months later, I tried again. Before, I'd tried the strong melee character. This time, I chose the all-rounder class. Wow, what a difference! I really had a much better time!

There's some fun loot, some fun shooting and blasting, some interesting level design (although ultimately it doesn't improve the game, it's nice to see something new attempted). Some more bad guy variety would have been nice, and the story ends on a cliffhanger... but there's no sequel!!

Otherwise, it's good enough. Worth getting on the cheap!