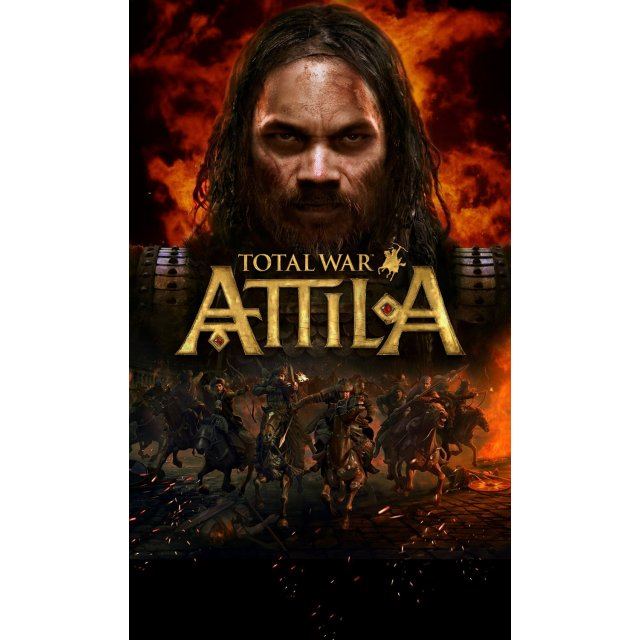 The multi award-winning strategy and tactical PC game continues its legacy inTotal War: ATTILA! In a never-ending war of power and territories, a fiendish ruler arises in the east that threatens to ravage and conquer the city of Rome. Return to the 395 AD as Attila the Hun invades Europe and sends the continent into one of its darkest period. In this battlefield, how long can you survive? Will you save the empire or end it?

Burdened with the responsibility of a supreme leader, secure victory by consolidating the forces you manage. With Rome on the decline, what really counts is the sufficient manpower to fuel your armies. Every decision you choose has the potential to bolster your cause, or even cripple your forces; only tactics, strategy, and constant awareness of the battlefield will protect your precious empire, especially when even invading factors are just across the border!

With the game’s dynamic fire simulation, a multitude of authentic flame animations with matched behaviour have been added to the battlefield. Alongside this dynamic are new climate change algorithms making the elements just as dangerous as your enemies. There are also optimized and updated mechanics addressing politics, lineage, civic management, and technological progression…

About the DLC:
The Viking Forefathers Culture Pack adds The Norsemen as a new playable culture to Total War™: ATTILA. These factions may be used in Single or Multiplayer Campaign modes and Custom and Multiplayer battles.

With the Viking Forefathers at their command, players can marshal the forces of The Geats, The Jutes and The Danes as they launch southwards from their icy homelands on campaigns of looting, raiding and conquest. In the bitter, windswept north, hard winters breed hard men, and Norse warriors are redoubtable in combat on land and sea. To these natural seafarers and expert coastal raiders, the plentiful lands to the south promise glorious victories and great plunder!