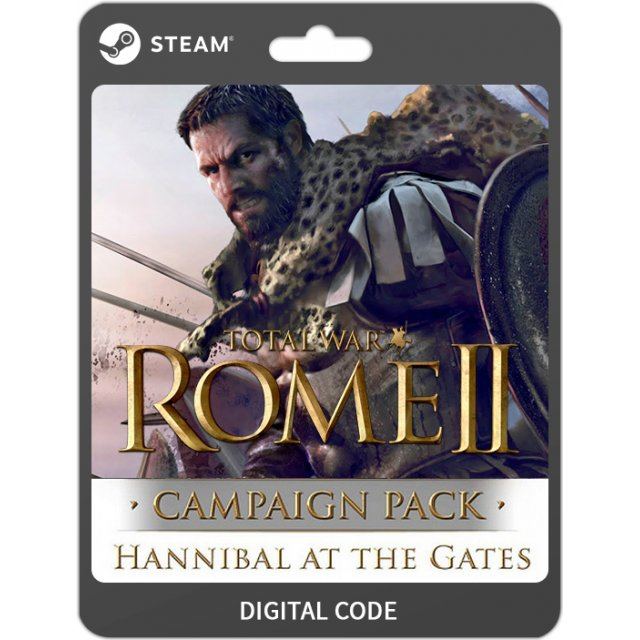 Region Free
This item will deliver instantly in your account. Some orders may be subject to verification by SMS or Voice which may cause delays.
US$6.49
Manufacturer
Sega
Compatible With Windows™ (PC)
Version

Dropping you into the Western Mediterranean at the outbreak of the 2nd Punic War, Hannibal at the Gates features a new campaign map focused on the period that brought the ancient-world superpowers of Rome and Carthage to all-out war.

One of the most famous in history, the conflict demonstrated the tactical genius of great rival generals Scipio and Hannibal. Can you recreate their remarkable strategies, or can you do better? How will you change history?

You enter the war as Carthage or Rome, command the noble Hellenic city-state of Syracuse, or, for the first time in ROME II, play an Iberian faction as the Arevaci or the Lusitani

This product requires you to haveTotal War: Rome 2 Steam Key GLOBALactivated on your Steam account in order to play

No reviews for Total War: Rome 2 - Hannibal at the Gates [DLC] yet.