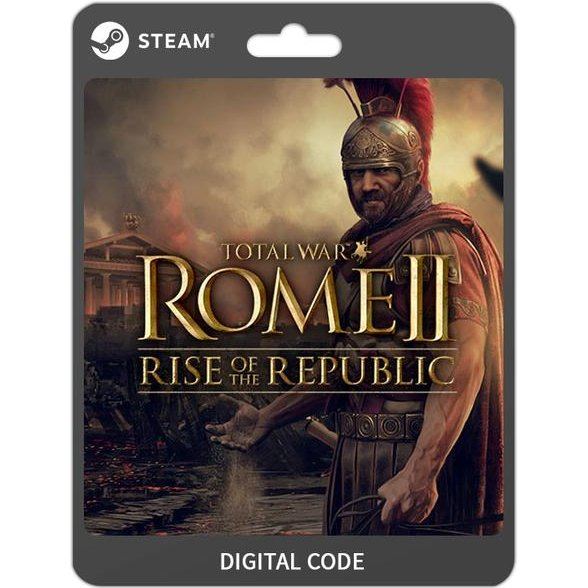 
Click on a thumbnail to see more pictures for Total War: Rome 2 - Rise of the Republic

Total War: ROME II – Rise of the Republic is a thrilling new campaign pack charting the events surrounding Rome in the 4th century BC. The campaign unfolds across a detailed map of Italy including Sicily, Sardinia, Corsica and Carthage, and depicts the tumultuous events which ultimately set the stage for the Second Founding of Rome.

Rise of the Republic Content:
A full prequel campaign to Total War: ROME II set in the 4th Century BC
All-new campaign map, detailing the landmass of Italy and its neighboring states

Nine playable factions:
Rome – a growing republic, vulnerable and surrounded by enemies
Tarchuna – the mighty and influential Etruscan state
Senones – a Cisalpine Gallic tribe with a thirst for plunder
Insubres – a Gallic tribe who are diplomatic and managerial in style
Samnites – an Italic state that threatened Rome in the 4th century BC
Taras – a Greek city-state founded by the Spartans
Syracuse – a Greek metropolis in Sicily, and the bastion against Carthage
Iolei – an indigenous Sardinian tribe
Veneti – an Italic tribe of horse masters surrounded by enemies
An epic campaign battle for the city of Rome

Post Battle Loot
New Technologies
Region specific dilemma systems – depending on the regions you control dilemmas related to Carthage or Massalia might spawn.

No reviews for Total War: Rome 2 - Rise of the Republic yet.