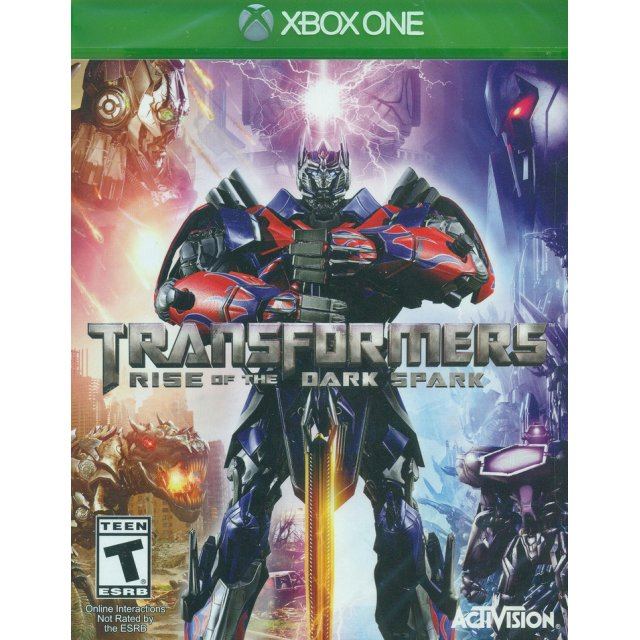 
Click on a thumbnail to see more pictures for Transformers: Rise of the Dark Spark

“For every force in the universe, there is an equal and an opposite,” Optimus Prime bellows. “For every hero, a villain; and for every victory, defeat.”

Transformers: Rise of the Dark Spark will transport you again into a world of action, adventure and clash between two robotic alien races, the Cybertronian’s Autobots and Decepticons. Developed by Edge of Reality and published by Activision, “Rise of the Dark Spark” is the third installment in the War of Cybertron series and the fourth title in the movie game series that will tell another epic chapter in this critically acclaimed story of Transformers. Experience again the epic combination of the universe in the films directed by Michael Bay and "Cybertron universe" as seen in previous video games.

The Heroic Autobots or the Evil Decepticons?:

Players will have to choose between the heroes of the gallant Autobots and the despicable Decepticons all through the single-player campaign. Transformers: Rise of the Dark Spark served as the companion of the upcoming "Transformers" live-action film and Activision's Transformers: War for Cybertron and Transformers: Fall of Cybertron titles, the game jumps worlds and factions as it intertwines the tale of the hunt for an ancient relic, the Dark Spark. This third-person shooter boast it’s over forty playable characters and remarkable gameplay that features nimble, fast-paced running-and-gunning combat paired with traversal and vehicle action across open battlefields for large-scale, dynamic conflicts.

If you are familiar with Transformers: Rise of the Dark Spark, why not let others know?

Imation (464) on 24, Aug. 2018 23:50 (HKT)
excellent game
im a fns of transformers videogames and this title is very good of playability, ideal to any person indeed