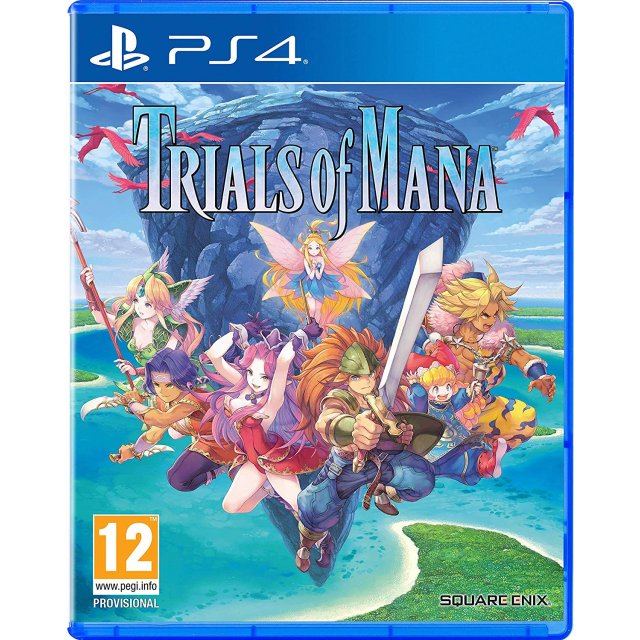 Works on all systems sold worldwide, a correct regional account may be required for online features.
24h In stock, usually ships within 24hrs.
US$49.99
Manufacturer
Square Enix
Compatible With PlayStation 4™ (PS4™)
Version

Works on all systems sold worldwide, a correct regional account may be required for online features.
24h In stock, usually ships within 24hrs
Price
US$49.99
Play-Asia.com Return & Refund Policy
Click on a thumbnail to see more pictures for Trials of Mana

This overlapping story of interwoven destinies changes depending on who you choose as your main character and companions! “Trials of Mana” is the 3D remake of the hit Japanese classic RPG released in 1995. It’s now fully modernized with quality graphics, an upgraded battle system, character voices, a remastered soundtrack, extra conversation interludes, and more! This daring tale of overcoming the tests of fate has been given new life! Will these young adventurers be able to use the power of mana to save the world from the brink of destruction?

If you are familiar with Trials of Mana, why not let others know?

[This review is based on another version of this product]
Art (76) on 27, Jun. 2020 04:46 (HKT)
Great JRPG
For fans of the SNES-era JRPGs, JRPGs as a whole and Anime games in general! A really good game, even if the budget is nowhere near the highs of bigger representatives of the genre on the system.