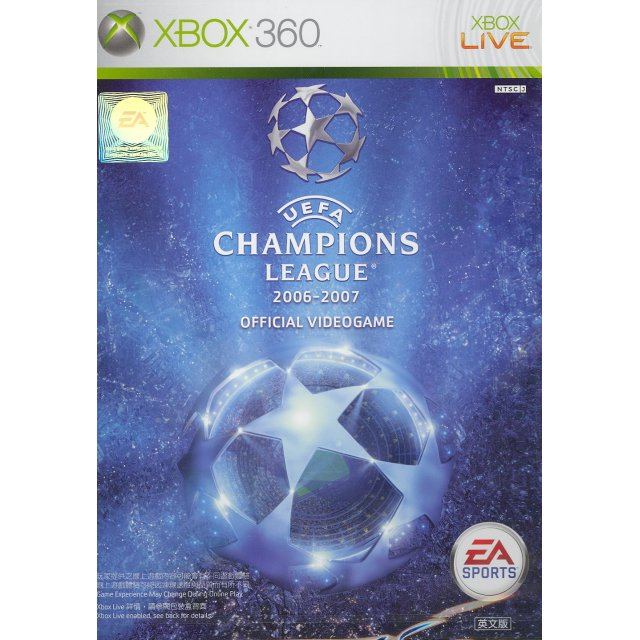 Feel the weight of history as you walk out to a deafening roar and onto the biggest stage in club football. In the cauldron-like atmosphere of a stadium alive with the dreams of thousands, take on the most formidably talented soccer players in Europe - and outplay them. Here is the ultimate test. Here history is made. Write yourself into legend with the only official UEFA Champions League™ videogame for the Xbox 360.

UEFA Champions League™ 2006-2007 boasts a completely new way to battle for the most prestigious trophy in club football. Collect, trade and play your way to European glory with a unique virtual card system that allows you to hand-pick everything from your squad members to your match strategy. Build your dream team, back it with carefully-selected Staff, Training, Morale, Fitness and Healing cards, then deal killer Gameplay cards at key moments to influence games.

On the pitch, a completely overhauled game engine means that players are sharper than ever. Thanks to a more fluid, pacier movement system, they perform more incisive, defence-splitting one-twos, first touches and through passes with a ball that's even more responsive to every touch.

With four challenging game modes to test your skill at the top level, it's up to you to rewrite UEFA Champions League history.

If you are familiar with UEFA Championships League 2006-2007, why not let others know?

beakdookim (1) on 10, Aug. 2007 12:55 (HKT)
If you want to see the future of Soccer game..
Get this one without hesitating.
Of course, Winning series is nice too. but UEFA would give diffrent kind of fun.
Especialy Ultimate mode.
You can exchange cards with other players.
This is really thing!!!!
Well, at first time you would have hard time to control in-game players, but when you get used to it, you\'ll be the Ronaldinho, Beckham, Rooney.