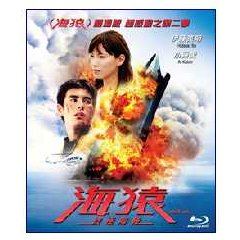 Hailed as the Japanese answer to America's Top Gun, the Coast Guard drama Umizaru was the box office sensation of 2004 and even spawned a follow-up television series, Umizaru Evolution. The eagerly anticipated sequel Limit of Love: Umizaru built on the success of earlier entries in the series and went on to become a smash hit in Japan, easily eclipsing the box office take of the previous film.Known as Umizaru 2: Test of Trust in some foreign markets, this winning sequel once again centers on the exploits of Senzaki Daisuke (Ito Hideaki), a young recruit who survived the Japanese Coast Guard's grueling diver training program in the first movie. Now engaged to Kanna (Kato Ai, reprising her role from both the original Umizaru and the TV spin-off), Senzaki is experiencing a bad case of cold feet due to some personal trauma that he just can't seem to get past.But all that emotional baggage comes to a head when he learns about a terrible accident involving a ship. It seems that a fire has broken out onboard the Clover, a gigantic ferry carrying 620 people and close to two hundred vehicles - all with highly explosive potential. Even worse, Kanna is on that ship! With all hell breaking loose, the task of rescuing the passengers and averting disaster is laid upon the Umizaru crew! But will they - and Senzaki himself - have what it takes to save the day? Find out in the blockbuster sequel that surpasses the original, Limit of Love: Umizaru!

No reviews for Umizaru: Limit of Love yet.