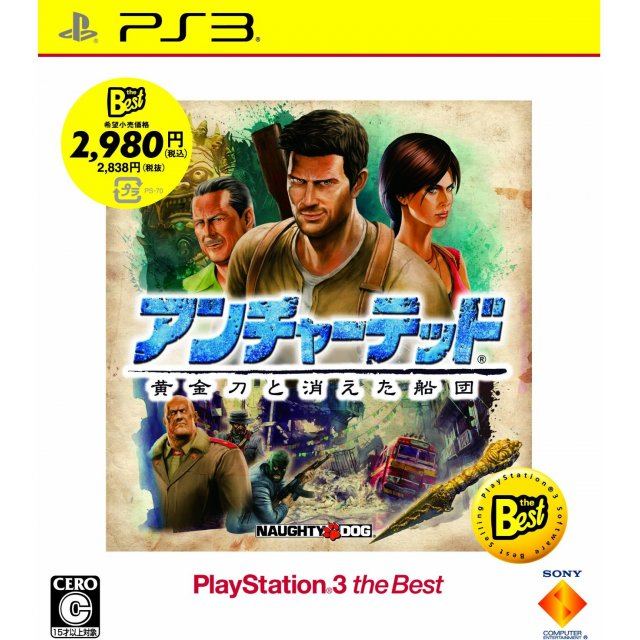 Works on all systems sold worldwide, a correct regional account may be required for online features.
1w Expected stock arrival within 1 week.
US$28.99
Our previous price:US$ 34.90
You save: US$ 5.91( 17% )
Manufacturer
Sony Computer Entertainment
Rated By Our Customers
1w Expected stock arrival within 1 week
Price
US$28.99
Our previous price:
US$ 34.90
You save:
US$ 5.91( 17% )
Play-Asia.com Return & Refund Policy

Earn 58 Coins for the Loyalty Program (beta-test)!
Trustpilot
Trustpilot
Click on a thumbnail to see more pictures for Uncharted 2: Among Thieves / Uncharted: Do ougon Katana to Kie ta Sendan (PlayStation3 the Best)

In 1292, after spending nearly 20 years in the court of emperor Kublai Khan, Marco Polo departed China with 14 ships filled with over 600 passengers and crew. Eighteen months later, when Marco Polo arrived at his destination, only one ship remained and only 18 passengers survived. Although Marco Polo described every aspect of his adventures in detail, he never revealed what happened to these lost ships, passengers or treasure on board - even on his deathbed. Drawn in by the potential riches to be found - but most inspired by the intrigue of the historical mystery - Drake embarks on a quest to find the lost fleet. He soon realizes that Marco Polo was hiding a much bigger secret - he had gone on a secret expedition on behalf of the emperor to find the mythical kingdom of Shambhala (otherwise known as Shangri-La) and to recover the legendary Cintamani Stone, the "wish-fulfilling jewel" of Buddhist mythology. The Stone is described by Marco Polo as a massive raw sapphire - if it truly exists, it would be worth billions of dollars today. This discovery sets Drake on a new course following Marco Polo's 700-year-old trail through a diverse range of exotic environments to find out if the lost city of Shambhala, rumored to lie deep in the Himalayas, really exists. This quest also pits him against a new, more formidable adversary who is after the same artifact - a ruthless, rogue paramilitary leader with a private army and a relentless ambition to recover the stone for himself.

If you are familiar with Uncharted 2: Among Thieves / Uncharted: Do ougon Katana to Kie ta Sendan (PlayStation3 the Best), why not let others know?