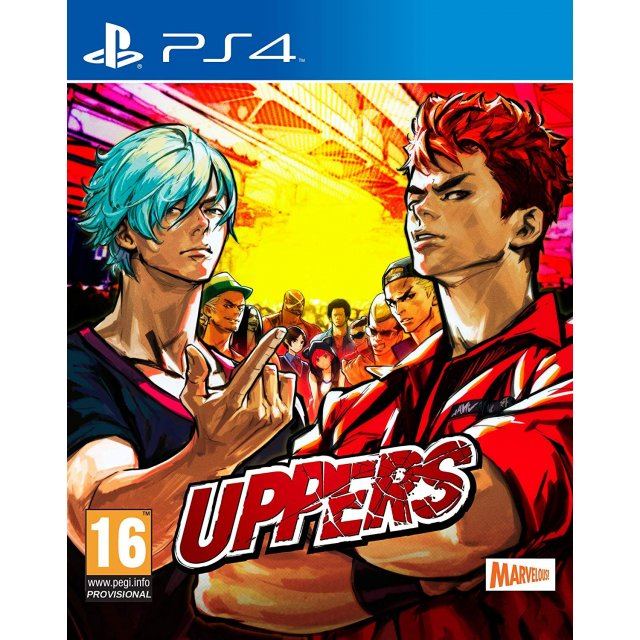 Set on the otherwise deserted island of Last Resort, Uppers puts you in control of up to 13 characters in perpetual combat against battle hungry bandits who freely stalk the island looking for trouble, accompanied by a harem of thrill seeking girls determined to see their beaus as the victor. Follow the story of two men and their journey to the top – discover their drive, their heartbreaking backgrounds, and fight to be the strongest on Last Resort Island.

The more you succeed, the more popular you will become, winning power ups to help you stand victorious in street battles. The girls also issue challenges in return for reward bonuses, which can be used in the in-game store and gym to dress up or improve your character.

Experience the game like never before with full remastering and multi-language support, take control of varied fighters each with their own fiery combos and bodacious finishing moves, please your street side fans with spectacular combos to be rewarded handsomely, and utilise the environment to your advantage by throwing cars, bicycles and motorbikes, or slam dunk your opponent into a manhole or uppercut him into a passing helicopter – the possibilities are endless!