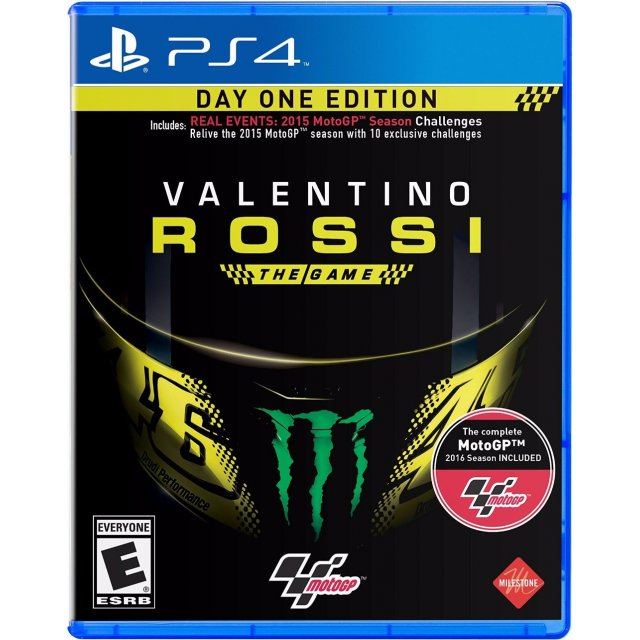 VALENTINO ROSSI: THE GAME brings the excitement of MotoGP and Valentino Rossi – together – in the most authentic and feature-complete motorcycle racing experience ever. Participate in the official 2016 MotoGP championship and discover the world of Valentino Rossi, with unique modes and all-new challenges dedicated to the career of the 9-time World Champion.

If you are familiar with Valentino Rossi The Game, why not let others know?

choanikijin (141) on 19, Oct. 2017 17:18 (HKT)
Almost like a racing role-playing game!
Besides the actual MotoGP portion of the game, you can also race a rally-cross car and also dirt track motorcycles as this game is officially endorsed by MotoGP Legend Valentino Rossi a.k.a VR|46. Those 2 game modes are among the star's other favourite racing disciplines and Milestone even inserted tracks from VR|46 training ranch and also the Monza race track (a track that MotoGP does not race on). The game also includes data from the 2015 and 2016 MotoGP/Moto2/Moto3 season. A great collectible item for fans of VR|46 as well, not just for racing game fans....