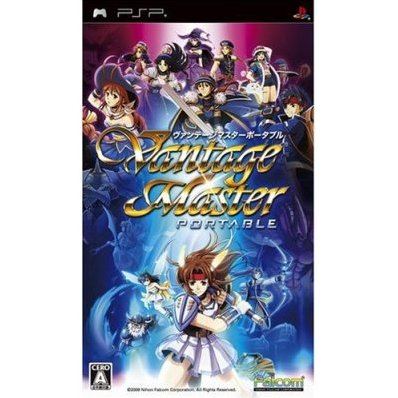 Every substance in this world is made up of four elements, fire, water, earth and sky. However, the fairies, called Neitial are made of one element purely. These fairies are a force of power and do not possess a will of their own, they do their master's biddings and go to battle under their orders. The relationships between the elements are as follows:

Earth is strong against Water
Water puts out Fire
Fire destroys the Sky
but the Sky covers the Earth.

By taking the relationships between these elements into consideration, summoners battle against each other to become the Vantage Master, the ultimate summoner.

Gungnir: Mayari no Gunshin to Eiyuu Sensou
US$ 19.99

If you are familiar with Vantage Master Portable, why not let others know?

[This review is based on another version of this product]
tarot (5) on 02, Dec. 2011 19:56 (HKT)
solid summoning wargame
This game is mostly about the player's summoner battling another summoner on the maps. The objective of each map is to KO the enemy summoner, and you can summon a good variety of "Neitial" to fight along. In a sense each battle is an individual match, since EXP and such don't carry over from one map to another. (Your summoner's level-up is kind of fixed; you gain one level per map cleared.) You can choose the difficulty level; the higher levels do present a challenge.

One plays this game for the battle system, which is quite rich and detailed. But the story element is very thin, and players who look for story in their SRPG will be disappointed. Also don't expect much of a EXP-development system: the game offers a large cast of different summoners and they have different stats (speed, move range, attack/defend, MP gain rate, and some have ranged attacks) and do play quite differently, but the stats are all that is different - they all share the same summoning and magic spells, and no other "special abilities".

It really depends on what you look for in a game. I recommend that you try the free online version on the maker's website. If you like the game play, the PSP version has different maps, a few different characters, and much prettier graphics and sounds.