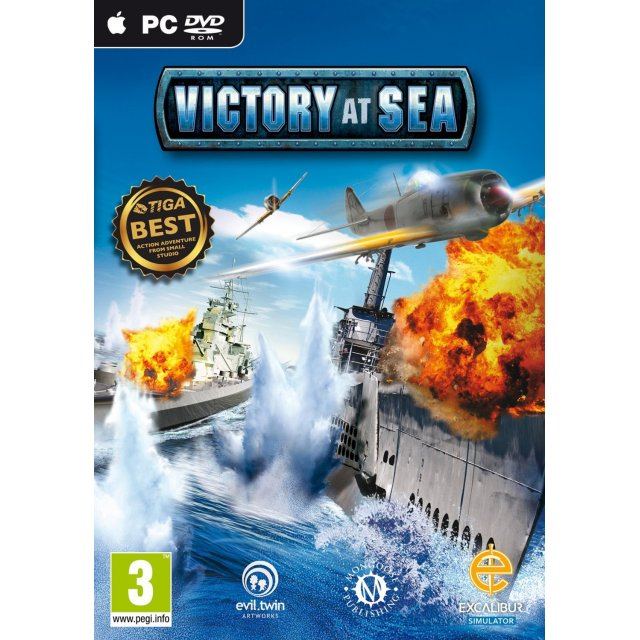 Flashback to the dreadnought years of the battleships of World War II in the real time strategy game Victory at Sea. Experience being the Captain of naval ships and fight for Great Britain or the United States of America with only one goal: to be victorious even in desperate ways!

Victory at Sea offers so many amazing features for a remarkable ocean war experience. The open sandbox mechanic of Victory at Sea allows players to voyage the Atlantic, Mediterranean, and Pacific Oceans freely, with liberty to explore without the immediate pressures of mission based campaigns. Victory at Sea features Theaters of War that has 50 plus real world ports that played an integral role during WW2, ranging from the tremendous conflicts at Pearl Harbor, Midway and Guadalcanal, to the defense of Sydney and Newcastle, Australia. Engage with over 80 varieties of battleships including the well-known Bismarck, the Yamato, and many more. Also, it features a genuine weather system, and day and night system to add the realistic gameplay style of this exciting installment.

Enjoy three game modes that promises not only a bygone experience but also the explosive, nerve cracking action of WW2. Play the Historical Battle mode where players can take part in some of the most fiery naval combat like the Battle of the Denmark Strait, the Battle of Cape Matapan, and the Last Battle of the Bismarck. Play as either Great Britain, Germany, USA, Japan, France, or Italy and set a point value to build your fleet in Point Battle mode. Campaign mode lets players hunt enemies across the oceans of WW2, develop their warships through great range of exploits and missions, and receive medals to level-up their ranks as a reward for every victory.

Create your own story of World War II as you desperately attempt to win the sea battles of the biggest historical event in our war-torn timeline!

No reviews for Victory At Sea (DVD-ROM) yet.