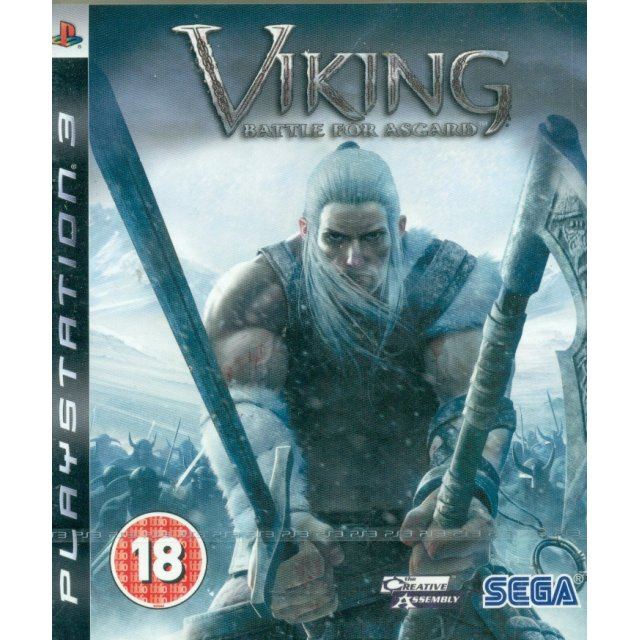 Works on all systems sold worldwide, a correct regional account may be required for online features.
5-15d Expected stock arrival within 5-15 days.
US$29.90
Manufacturer
Sega
Rated By Our Customers
Compatible With PlayStation 3™ (PS3™)
Version

Works on all systems sold worldwide, a correct regional account may be required for online features.
5-15d Expected stock arrival within 5-15 days
Price
US$29.90
Play-Asia.com Return & Refund Policy
Click on a thumbnail to see more pictures for Viking: Battle for Asgard

A fierce struggle is taking place within the realm of the Norse Gods, as the goddess Hel has been banished for defying Odin, Lord of Asgard. Angry at her fate, Hel has raised an army of resurrected Viking warriors to wipe out all of humanity in the mortal realm of Midgard, as she seeks to bring about Ragnarok -- the apocalyptic battle that that will destroy Asgard and the Gods themselves. The task of stopping Hel and defending the future of mankind falls to Skarin, a promising but deeply flawed young warrior, ignorant of the true reason for his favor with the Gods.